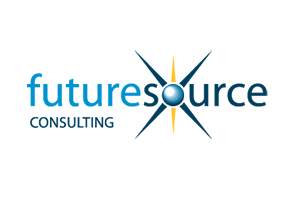 Voice recognition technology is shaking up the CE industry, broadening the horizons of speaker vendors and reinventing the audio device as the gatekeeper of voice, smart home and machine learning.

“There is no doubt that the audio industry will play a starring role in the rise of the connected home,” said Rasika D’Souza, senior market analyst, audio devices at Futuresource Consulting. “The inclusion of wireless connectivity in audio devices is propelling speakers far beyond simple music playback. Their flexible form factor and primary components for sound pickup and amplification position them in the smart home sweet spot, linking consumers to a supply chain that fulfils many needs and opens the door to value-add services.”

This year, 6.3 million voice assistant speakers will be shipped globally, generating revenues of $890 million, according to recent research from Futuresource Consulting.

Amazon’s Echo is leading the way in the VPA market, with its intuitive voice technology and 3,000 apps or ‘skills’, which have tripled in number since June. Owners are already using Echo to alert them if somebody rings the doorbell, to turn appliances and lights on and off, to control heating and order pizza.

According to Futuresource research, Amazon’s Alexa speakers (incl. Echo, Dot and Tap) are expected to capture 8% of worldwide wireless speaker shipments and accounts for 15% of the US market alone. By the end of 2016, voice speakers will account for 51% of Wi-Fi speaker shipments.

And the opportunity extends across the audio market, with Sonos, Denon, Bose and DTS’s Play-Fi speaker brands announcing partnerships with Amazon Echo. JD.com already has a VPA speaker for the Chinese market whilst start-up company Omate has announced an Android-based personal assistant called ‘Yumi’ which is also partnered with Amazon. Retail group Rakuten meanwhile is also expected to announce VPA speakers for the Japanese market next year.

“In consumer electronics, the winners are those who can ride the riptide of changing consumer tendencies,” said D’Souza. “Voice recognition technology is the next big thing, and it’s going to be huge. Everyone is talking to us about it. Speakers have the ideal feature set for incorporating voice, and right now this is a colossal opportunity for audio companies, if they get it right.”

“And now it feels like the industry has found its window of opportunity, as speakers become even smarter and are capable of communicating with other smart home applications, placing audio at the beating heart of the smart home revolution,” said D’Souza; but she also urges vigilance.

“The audio brand landscape could so easily be destabilised as Amazon, Google and other technology giants look to seize market share. Over the next two to three years we’re going to see the voice interface flourish. Where visual and touch have dominated to date, voice and speakers will become more relevant for certain environments. Longer term we’re going to see integration with TVs, appliances, lightbulbs and furniture, and the companies that act quickly on the opportunity are the ones who will emerge victorious.”