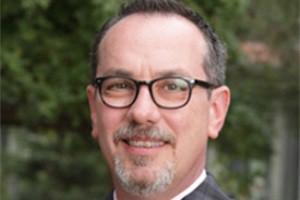 For communications service providers (CSPs) reeling from losses in their traditional lines of business, the Internet of Things (IoT) provides tantalising opportunities to reverse their fortunes. At first glance, you’d think monetising IoT would be a slam-dunk for the communications industry.

After all, they control the networks that IoT devices must traverse. But if CSPs are to reap millions in profits from billions of connected smart objects, charging for connectivity alone won’t cut it. They’ll have to provide much more than commoditised “dumb pipes” to monetise IoT. Here are three ways CSPs can move beyond connectivity to maximise recurring revenues from IoT.

Make no mistake. CSPs will surely generate revenue from the IoT data they carry. But in order to make the most of the opportunity they’ll need to accelerate adoption of IoT products and services in the first place, which necessitates forging partnerships with the IoT device makers and application providers that are at the vanguard of the trend, says Brendan O’Brien, co-founder and chief innovation officer, Aria Systems.

With that in mind, most of the world’s largest CSPs already offer their own connectivity platforms for IoT. Telefónica and Vodafone in Europe, and AT&T, Verizon, Sprint and T-Mobile in the U.S., each offer platforms for IoT device development, deployment, and integration. In October 2016, Comcast became the latest to join the fray with the launch of machineQ, its IoT platform based on low cost, low power, wide area Wi-Fi.

IoT platforms provide CSPs with several monetisation opportunities. To begin with, they help create an installed base of IoT devices that are bound to their networks. For example, devices built with AT&T’s IoT Starter Kit are designed to make the company the default carrier once those devices are deployed.

In addition, CSPs can monetise their IoT platforms by charging usage-based fees for access to their APIs. They can also offer their platforms (and individual services within them) to product makers and application developers on a subscription or consumption basis. Examples include Verizon’s ThingSpace and Telefónica’s Thinking Things. For instance, with Thinking Things, customers can access a full range of IoT enablement services, including managed connectivity, device connectivity, and IoT business advisory services.

When it comes to IoT development, CSPs still have a lot of catching up to do to compete with the likes of Google, Amazon, and Apple. Having skin in the game with their IoT platforms won’t ensure their success, but it’s a vital first step.

IoT’s billions of connected smart sensors and devices will leave truly massive amounts of data in their wake. Data streams that detail customer usage would seem ideal for monetisation, but the revenue picture from customer data is murky at best as privacy protections continue to grow more restrictive.

Fortunately for CSPs, there are other ways to monetise IoT data. Take data storage, for instance. All of those zettabytes of IoT data have to be stored in someone’s cloud. This is a ripe opportunity for telecoms and cable providers. And yet it’s one that most have been slow to seize.

Telefónica is a notable exception. Its Smart Business Control service provides not only IoT and big data storage, but also application integration and real-time analytics. AT&T offers similar services. Thus far, however, most CSPs have yet to acquire strong cloud capabilities. They’d be wise to do so, and as soon as possible. The revenue potential from IoT data handling and analytics is simply too vast to pass up.

A sizable opportunity for monetisation of these data streams, but one that seems largely unexplored thus far, is the deliberate cross-pollination of data between IoT service providers. While this idea may seem to violate a core tenet of multi-tenant cloud providers, whose platforms are almost universally designed to explicitly prevent visibility of data between tenants, doing so in a structured and careful manner would unlock new monetisation opportunities for the data streams managed by IoT cloud providers.

In fact, it is arguable that offering this capability is the only way to realise the IoT’s full potential. When providers of IoT-based power grid management can access data sourced from providers of weather monitoring services, or when makers of health monitoring wearables can freely tap into fleet management applications for ambulances, the opportunities for more intelligent analysis and more valuable outcomes grow exponentially. And as outcomes become more valuable to consumers, monetisation opportunities multiply as well.

A number of communications providers intend to grow revenue streams by providing connectivity solutions for key industries. One of the hottest markets at the moment is the connected car. Forward-looking CSPs are partnering with automakers on revolutionary technology improvements in voice commands and navigation, remote diagnostics, automated safety, personalisation, vehicle tracking, autonomous driving, and streaming infotainment.

With its deep pockets and global footprint, AT&T is currently the clear leader in the connected car space. With fifty percent market share, its solutions power the connected vehicle offerings of Audi, BMW, GM, Ford, Nissan, Subaru, Tesla, and Volvo. It even offers a development platform, AT&T Drive, specifically for in-car infotainment services.

In distant second is Verizon, which provides IoT solutions for new Mercedes-Benz and Volkswagen cars through its Verizon Telematics service. But the telecom has also set its sights on a much larger potential customer base. Last year it introduced hum, a subscription service that can bring the benefits of wireless IoT connectivity to more than 150 million older cars already on the road.

The service plugs into the OBDII diagnostic port, which has been built into every U.S. car since 1996, and delivers a host of cloud-connected features, including advanced diagnostics, automated roadside assistance notification, GPS navigation, and teen driver monitoring.

Savvy thinking like Verizon’s is what is needed if CSPs are to win in the investment-heavy connected car market. The same is true across virtually all of the other IoT-enabled industries CSPs could potentially serve. Thus far, however, only a few communications providers have managed to establish robust IoT practices in areas such as smart homes, smart cities, healthcare, retail, and manufacturing. The laggards will need to up their game if they want to compete.

CSPs may be the connectivity kings. But it remains to be seen whether they can master the business connections with device makers, OEMs, content providers, application developers, systems integrators and the thousands of other players it takes to generate lasting revenues from IoT.

More pressing still, will they have the digital capabilities to manage the intricacies of customer acquisition, service delivery and revenue sharing in multi-partner IoT engagements? Will they be able to innovate at IoT speed? These are the obstacles CSPs will have to overcome in order to seize IoT monetisation opportunities. All of these capabilities rely on CSPs developing a solid digital foundation in their core operating and business systems if they are to achieve any meaningful revenue with IoT.

The author of this blog is Brendan O’Brien, co-founder and chief innovation officer, Aria Systems

Brendan O’Brien, co-founder and chief innovation officer of Aria Systems, introduced cloud billing before the concept of “cloud” was even on the horizon. The number-one ranked cloud-billing provider, Aria, is at the forefront of the recurring revenue revolution, empowering enterprises to monetise IoT and grow recurring revenue at scale. He can be reached at: bobrien@ariasystems.com, LinkedIn – O’Brien and Twitter@brendan0606.