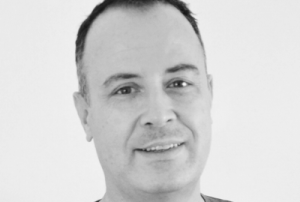 FiPy, said to be Pycom’s most comprehensive solution announced to date, unifies LTE with other proprietary or unlicensed LPWA technologies into a single, five-network IoT connectivity solution. Pycom’s Kickstarter campaign for FiPy launched today and FiPy is expected to become available in Q2 2017.

“FiPy was driven by demand for both LTE CAT M1 and LTE Cat NB1 and Sequans has brought the world’s first and most highly-optimised LTE Cat M1/NB1 chip to market,” said Fred de Haro, Pycom CEO. “We are excited to incorporate the amazing Monarch chip into FiPy. We believe FiPy will be revolutionary—it is the most comprehensive and cost-effective IoT development board available anywhere, and a boon to IoT developers around the world.”

FiPy is the world’s first 5-network development platform locked into one simple, small and perfectly- formed, same-footprint-as-WiPy-and-LoPy, hardware module that is programmable with MicroPython. Featuring the ESP32 (WiFi and Bluetooth) and three additional networks, LoRa, Sigfox and LTE-M, FiPy presents an open source firmware playground with lots of supporting technology such as the Pymakr IDE, the Pymate mobile app, Pysense and Pytrack application boards and a free middleware platform available in April 2017. Also, FiPy will have a smaller brother, GPy, which will be more operator-focused and will include LTE-M, Wi-Fi and Bluetooth.

“FiPy opens a wide new world to IoT developers by including standard, licensed LTE in a comprehensive IoT connectivity solution,” said Craig Miller, Sequans’ VP of worldwide marketing. “LTE enables developers to address the many wide area applications, for example in industrial, municipal, and wearable markets, that need the reliability, security, and longevity of LTE.”