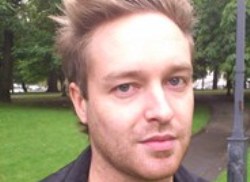 Growing at a compound annual growth rate (CAGR) of 23.2%, this number is expected to reach 8.1 million by 2020. The North American trailer telematics market is the most developed segment, followed by intermodal container tracking which has achieved considerable growth in the past years.

Berg Insight ranks ORBCOMM as the largest vendor of tracking solutions for cargo loading units, having a significant installed base of trailers as well as containers. The company has been highly involved in M&A activity related to real-time asset tracking, including acquisitions such as Euroscan and WAM Technologies. The latter was involved as a subcontractor in AT&T’s major project for Maersk which has rolled out a system for real-time tracking of its entire fleet of 270,000 refrigerated containers.

Other major players in the container tracking space for example include Envotech and Savi Technology, while major vendors in the segment of air freight cargo tracking include OnAsset Intelligence and Sendum Wireless.

Market adoption is in the medium term affected by a number of different factors. “Battery life is a challenge especially for container tracking applications and breakthroughs within battery technology can help drive adoption on the market”, said Rickard Andersson, senior analyst, Berg Insight.

He adds that the emerging area of Low-Power Wide-Area (LPWA) network technologies such as Sigfox, NB-IoT and LoRaWAN can have a positive effect on this market segment. “LPWA technologies’ promise of long battery life and low hardware cost can be especially beneficial for dry containers which are inherently more power-starved compared with reefer containers and trailers, at the same time as the business case for tracking is less obvious than for refrigerated transports,” concluded Andersson.