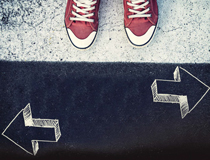 Of all the challenges presented by IoT, device management is one of the most complex. In the industrial IoT sector, for each of the widelydiffering device types connected to an IoT network, the device management platform must provide what is in effect a lifecycle management function, from activation to decommissioning.

The picture is further complicated by the fact that many companies will have been in business for many years and will have hundreds, if not thousands of assets deployed, most of which will be in different stages of their lifecycle and getting all of them connected on a single platform is a daunting task. Not surprisingly, many providers have opted to use a cloud-based management platform for flexibility and ease of deployment.

However, because there is no single standard for bringing together such a diverse range of fixed-function devices and software, which range in terms of development from legacy to cutting edge, a proprietary interface is required if they are all to be managed from a common platform. The problem is that while building an IoT point solution for a specific type of device is relatively simple, building a platform that can handle a wide range of devices is far more complex. For an IoT solution provider, the most effective approach involves partnering with those players that already have the appropriate platforms that can communicate with specific types of devices, that can capture and analyse the intelligence within them, streamline the management of those devices and enable the solution provider to abstract the underlying complexity to a common interface.

Added to this complexity is the inevitable regulation, which can vary not only from one industry to another, but also from country to country. Indeed, even regional variations in regulatory requirements can cause difficulties. Perhaps the biggest problem for IoT solutions providers in terms of regulation is that the authorities are only just becoming aware of the potential size of the market and what needs to be done in order to ensure the successful growth of the IoT market globally.

“We have to be proactive in influencing regulation and we have to drive standards and interoperability,” says Santhosh Nair, the vice president and general manager of the IoT Helix Cloud Solutions business at Wind River. “Governments have started noticing IoT and how big [the IoT] economy is and there are already a lot of conversations taking place globally by governments and regulators to standardise a spectrum for short range communications and the protocols that are used to communicate between devices.”

Another big issue for IoT solutions providers is security. Indeed, security of data and devices is one of the primary considerations for companies looking to add connectivity to their assets. Reports of data hacks occur on an almost daily basis and while the theft of personal information is a serious matter, hacks aimed at networks to which for example driverless cars, power utilities or healthcare sensors are connected, could have devastating consequences. The problem with IoT is that the more devices become connected, the greater the potential for malicious intrusion.

“When it comes to security, you cannot rely on a patchwork approach to mitigate the problem, you have to look at the system as a whole,” says Nair. “If any one area is weak, the entire system is at risk.” He adds that it is also necessary to consider security risks that may occur over the lifetime of a device for example, when it is taken out of commission or removed from the system for some other reason.

So what does a device management solution consist of? Wind River, a provider of software for the IoT, has a device management platform called Helix Device Cloud, which enables bi-directional control from the device to the data centre. Some of the high-level capabilities of Helix Device Cloud include the use of device-side APIs that enable connection to the various devices.

“The idea is we have an agent that enables customers to write device-level APIs without worrying about the details of the device,” explains Nair. “These APIs abstract the underlying complexity and allow the customer to read and write to the device.”

The Wind River platform also contains an extensive abstraction library which performs a similar function in that the sensor abstraction layer allows the customer to interact with sensors without dealing with the low-level code. Helix Device Cloud is part of Wind River’s end-to-end product portfolio, which addresses IoT needs from devices at the edge, to the gateway, into the critical network infrastructure, and up into the cloud.

Security is taken care of by means of an authentication model in which the device and the server both have certificates so that they authenticate each other. This ensures that the device is talking to the right server and vice versa. Other capabilities which are vital to efficient device management include the ability to perform diagnostics, software updates and a roll-back function which, if a malfunction is detected, means the device configuration can be reset to an earlier configuration which was known to work. In addition, Wind River can collect data from a particular network and send it to one of the customer’s other servers sitting on a public or private cloud so that by using a standard enterprise IT interface and interfaces from the company’s extensibility library, which includes items such as cloud-to-cloud connectors, the customer can blend the network data with its enterprise data and, for example, run analytical visualisations of what’s happening on the network and how sensors are performing.

Probably the most important feature of an IoT device management platform however, it its ability to evolve over time. While it is important to be able to manage devices and sensors embedded in existing products, new devices with different technical and security requirements will in evitable come to market and it is therefore vital that management platforms are not only flexible, but also futureproof.