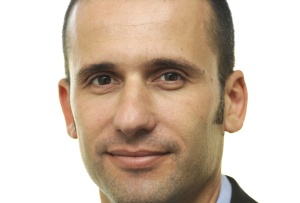 Altair Semiconductor, a provider of LTE chipsets, has announced that its ALT1160 CAT-1 chipset has successfully completed a trial with Raspberry Pi to provide LTE connectivity on the system for the first time.

Originally developed as an affordable, credit-card sized computer for students to learn programming, Raspberry Pi is now being adopted by the wider market due to its flexibility and low cost. Connecting Altair’s LTE modem to Raspberry Pi will allow users to access cellular WAN connectivity remotely, in addition to the more traditional Wi-Fi or wired connections.

“We are dedicated to providing low-cost, high-performance computers to connect people, enable them to learn, solve problems and have fun,” said Dr. Eben Upton, CEO of Raspberry Pi (Trading) Ltd. “Altair has long been regarded as an LTE connectivity leader, and we are pleased to collaborate on this trial, which is the first of its kind. Users will only benefit by having the choice of using BT, Wi-Fi or LTE.”

Since Wi-Fi networks have a limited geographic range, the addition of Altair’s LTE chipset enables wider, more flexible coverage across the country. The solution will enable users to quickly browse the internet and stream high-definition video from anywhere, in addition to other applications such as home automation, robots or remote surveillance camera with LTE access.

“The integration of Altair’s LTE chipset with Raspberry Pi makes it one of the most portable, affordable, and practical connectivity solutions on the market,” said Eran Eshed, co-founder and VP of Worldwide Sales and Marketing at Altair. “More than 10 million Raspberry Pis have been sold to date, and we’re pleased to debut this proof-of-concept to extend its range and value.”