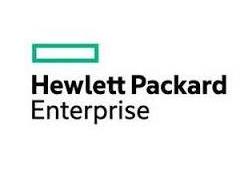 “Cost-prohibitive economics and the lack of a holistic solution are key barriers for mass adoption of IoT,” said Keerti Melkote, senior vice president and general manager, Hewlett Packard Enterprise. “By approaching IoT with innovations to expand our comprehensive framework built on edge infrastructure solutions, software platforms and technology ecosystem partners, HPE is addressing the cost, complexity and security concerns of organisations looking to enable a new class of services that will transform workplace and operational experiences.”

As organisations integrate IoT into mainstream operations, the onboarding and management of IoT devices remains costly and inefficient particularly at large scale. Concurrently, the diverse variations of IoT connectivity, protocols and security, prevent organisations from easily aggregating data across a heterogeneous fabric of connected things.

To deliver on IoT’s promise of deriving valuable insights from billions of connected things, HPE is helping organisations optimise the lifecycle of IoT devices. By reducing IoT connectivity costs and translating device communications to a common language, HPE is arming organisations with tools to dramatically change the economics and viability of large scale IoT deployments.

“For the full benefit of IoT to be realised by commercial interests and consumers alike, IoT sensor networks need to be deployable anywhere, reaching the most remote places on Earth,” said Paul Gudonis, president of Inmarsat’s Enterprise business. “The combination of Inmarsat’s industry-leading, global satellite network and HPE’s cloud-based Universal IoT Platform, allows enterprises to do exactly that. Our first project together in Precision Farming promises not only to create a new model for best practices in agriculture but is also an ideal go-to-market model of what our companies will be able to do across many other industries. We are extremely excited about this prospect.”

To deliver visibility and secure connectivity for large scale IoT deployments at the enterprise network edge, Aruba, a Hewlett Packard Enterprise company, announced the Aruba ClearPass Universal Profiler and the Aruba 2540 Series Switches. These new solutions identify and inventory all IoT devices as they connect to the network, and drive down the per-port cost of wired IoT connectivity.

The new ClearPass Universal Profiler automatically identifies the attributes of IoT devices as they attempt to connect to the network. This enables IT managers to catalog what IoT devices are on wired and wireless networks and assign the appropriate policies to each one. The Universal Profiler provides visibility and context regarding risk and performance issues derived via IoT devices.

Today, HPE is announcing multiple solutions and uses cases with an ecosystem of partners that will enable new IoT opportunities, including:

“We have selected HPE as a key partner in realising the Government of India’s Smart Cities’ mission,” said Dr. Anand Agarwal, CEO, Sterlite Technologies. “As a strategic partner for IoT, HPE will co-develop smart city use cases on smart metering, water and waste management, and smart parking and lighting, among other technologies. These will be our showcase for Indian urban and rural bodies. Our partnership with HPE demonstrates that collaboration and joint innovation can drive increasing value for all stakeholders of Smart Cities, enabling a transformative change in the everyday living experiences of its citizens. By combining our technology and services’ strength, we will offer a world-leading solution to the Smart Cities of India.”

“It is challenging to cobble together solutions from multiple vendors to interconnect and manage different IoT devices and systems,” said Zeus Kerravala, principal analyst, ZK Research. “This force fitting of solutions results in huge infrastructure and operations expenses and dramatically delays organisations’ introduction of IoT solutions. The new solutions HPE is delivering to address the barriers to IoT adoption can significantly shorten deployment times and simplify the network architecture which will also improve security.”