Life Lessons: Look at business as a game of chess
Login Register
Now Reading
Five ways IoT will change the way we communicate in 2017 and beyond
NextPrev
Contents
785
0 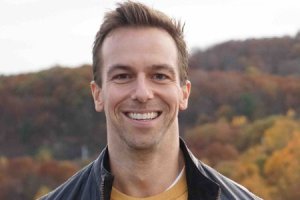 By 2020, there will be 50 billion IoT devices around the world in a market worth $19 trillion, according to John Chambers, former CEO at Cisco. In many respects, what that market will look like is entirely unfathomable as we are yet to hit second gear when it comes to IoT potential.

Daniel Burrus, one of the leading futurists on global trends, argues that we have completely underestimated its capabilities, using the example of smart cement talking to a smart city grid talking to a smart car to avoid accidents caused by ice on the road: just one of an infinite number of revolutionary possibilities.

But by focusing on the way that our machines are interacting, we neglect the way that IoT will change the way that we communicate. Interpersonal communication is already radically different now compared to five years ago, and unrecognisable between generations, says Michael Affronti, VP of Product at Fuze.

So how can we expect IoT to change the way we communicate in 2017 and beyond?

The first big change we’ll see in the coming year is not necessarily in the method of communication, but rather the audience. As progress in AI continues to baffle and inspire, the way we communicate with our devices will become more of a dialogue.

Siri still has her faults (who can’t relate to accidents such as this father’s attempt to tell his daughter he loved her?) but progress in the form of Amazon and x.ai’s developments are closing in on passing the Turing test, and in many cases have already passed with flying colors. I have personally used x.ai to schedule over 100 of my meetings this year.

Next year, we will no longer just communicate through machines, we’ll communicate with them.

The way that consumers interact with businesses will also look very different. IoT has until recently been the domain of tech giants and large multinationals, but as the technology begins to trickle down to brick and mortar businesses, the consumer-company relationship will change radically.

24/7 customer support is just around the corner thanks to human-supported AI, meaning people will be able to have contact with businesses day or night for support, feedback or complaints.

This is already beginning, as Facebook continue to roll out their Messenger program to brands for faster customer support and automated service through bots: Not only will contact be easier, it will also be more effective. With every device transmitting data, companies will be able to build a more personal and accurate profile of a customer. Communication will be easier, more relevant and more personal, leading to greater engagement with and loyalty to a brand.

If you think we already live in a “now” culture, 2017 will show you something else. With IoT devices able to send small amounts of data throughout the day, the potential for spontaneous action is enormous. Examples already in process are restaurants eliciting reviews from customers within two hours of their dining experience, allowing more relevant and accurate data available to other potential patrons.

Another is a gym that can send personalised information to clients about spaces in gym classes, analysing which customers are most likely to join based on their exercise history.

There is also opportunity for consultancies and service businesses in specific industries. For example, entire building management services can be run through IoT, offering a way for clients to save money and streamline processes.

We will see these interactions expanding to all types of events – theaters, restaurants, musicals, concerts – transforming the way we organise our social lives.

Given the explosion of smart devices in our lives, security is and must remain at the top of the IoT development agenda. In fact, Gartner has predicted that 25% of all cyber-attacks will involve smart devices by 2020, so businesses face a fight to demonstrate that devices can be immune to hacking.

When they believe that security is assured, consumers will be more confident with their personal data and more trusting when giving companies access to sensitive information.

This infographic from ComputerScienceZone perfectly illustrates these risks from both a consumer and business standpoint: Secure IoT will see a change in the way we use devices to share information, with consumers and businesses alike poised to challenge the communication status-quo.

The fundamental aim of IoT is to increase efficiency in all its forms. For a consumer, this means being able to do and buy what you want with greater ease. For a business, this means cost- and time-efficiency by being more flexible, reactive and clued-up about processes.

IoT will be an enormous time-saver for both businesses and consumers, with innovations such as smartphone payments cutting the time that it takes to carry out everyday tasks. With $90 billion worth of payments expected in 2017 in the US alone (Forrester Research), that’s cumulatively enormous amounts of time that we can be working, relaxing or spending time with friends.

IoT is changing the way humans interact not only with machines, but also with one another. The businesses that accept this, explore outside-the-box possibilities and are ready to capitalise on this change surely stand to gain from the enormous predicted market value of IoT.

We can expect to see huge transformations next year in this iceberg of a topic. We have only scratched the surface of its possibilities, and 2017 promises to be an exciting year for change.

The author of this blog is Michael Affronti, VP of Product at Fuze

Struggling with Digital Transformation? Meet the experts at ‘The Evolving Enterprise’
Read More
340

IoTSWC aims to take connectivity to ‘next level’, including IoT, artificial intelligence and blockchain
Read More
245

CyanConnode expands Scandinavian projects with E.ON in Sweden and Landis+Gyr ...
Next