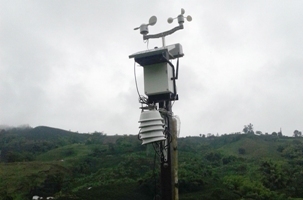 Smart farming has become a major trend in the agriculture sector. According to the UN’s Food & Agriculture Organisation (FAO), by 2050 food production may increase by 70% to feed 9.6 billion people.

As Libelium has reported in its Smart Agriculture white paper, food and agricultural companies are increasing investment daily to integrate Internet of Things (IoT) solutions in some of their processes to cut costs, increase the harvest quality and quantity, and ease some farmers’ routine activities. It is essential to guarantee production and competitiveness.

Red Tecnoparque Colombia is a technical innovative programme of SENA Regional Risaralda, the Colombian National Service for Learning, which aims to accelerate the development of I+D+i projects in the countries. To improve productivity, the organisation has deployed a wireless sensor network with Libelium technology to monitor plantain crops in Lembo area, in Santa Rosa de Cabal region.

Plantain crops have special significance for the Colombian economy. It represents 9.69% of the country’s agricultural production value and its annual output is estimated to be around 3 million tons in an area of 380,000 hectares.

According to the Colombian Consolidated Report of Exports published in May 2016, the total amount of banana exports between January and May is estimated to be worth US$433,454,622, or 11.5% more than the previous year. Banana exportation represents 3.7% of total exports in the country. Colombia is one of the largest worldwide exporters along with other South American countries such as Guatemala and Ecuador.

Crop flood, a decrease of oxygen in the soil, high humidity, low temperatures and low luminosity cause reduced plant development and are more affected by plagues and diseases. During the winter campaign, the great increase of diseases makes pesticides vigilance and control something vital for producers. The suitable technological developments enable us to reach this goal. Waspmote Plug & Sense! Sensors Platforms communicate with a Meshlium Gateway through protocols while data is sent to the cloud via 3G and GPRS. The information is visualised in Libelium’s own cloud-based application. The platform is accessible through any computer and also by a mobile app.

Sustainable farming thanks to IoT

“This project will allow us to obtain knowledge from the crops and also to develop and deploy technology for agriculture sector as a first step for future researches. Our aim is to upgrade and promote innovation and competitiveness to all the processes related to environmental and agriculture sectors,” said Jerry Giovanny Colorado Cano, manager of Online Virtual Technology from Red Tecnoparque Colombia.

Some of the benefits of deploying this project are:

With the deployment of the Smart Agriculture project, the Colombian organisation has obtained and managed knowledge about precision farming in relation to remote sensing application in crops.

The installation also allows engineers to identify and characterise a good plantain crop area thanks to the wireless sensor network. This project will help to develop future projects in Colombia to improve banana production and to keep the top position in the ranking of export countries. Over decades, the most important and also exported banana variety worldwide was the Gros Michel, but in the 1950s it was almost annihilated by a fungus known as “Panama disease”. Currently, it attacks crops in Africa, Indonesia, the Philippines and Australia, but it is feared that it might come soon to the American continent. Stopping the plague is really difficult, experts are working to find the genetic diversity through species improvement programmes.

To discover more about the project, watch this video recorded by SENA Regional Risaralda to show the project.