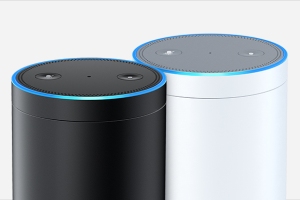 One of this season’s best selling gifts is the Amazon Echo with Alexa. Plug it in and Echo / Alexa will run your house for you: turning on lights, locking / unlocking doors, catering to your family member’s unique climate comfort needs, and reducing your energy bill – all voice activated and without any hard-core programming.

If you haven’t tried it, you should. It’s cool. But if you are part of the Facility Management or Building Automation and Controls community, like I am, the Echo / Alexa will also make you and all members of our community feel old, unimaginative, and so last century. We are the dads that wear sweaters and “dad jeans”, and justify our lack of fashion sense by claiming that we are just being responsible.

Consider the venerable Building Management System (BMS). Perhaps only 20% of all the commercial real estate in the United States is managed by a BMS because the rest of the market is too small or unsophisticated to be able to handle a BMS. So a debate rages on as to how to bring the “power of the BMS” to the other 80%. And it’s not like the 20% that has a BMS is thanking their lucky stars either, says Varun Nagaraj, president and CEO of Sierra Monitor Corporation.

Adding new functions to a BMS isn’t easy. Opening up BMS access to system manufacturers and integrators, who legitimately need to have real-time access to their data that is locked in the BMS is difficult. Extracting the required data for analysis from the BMS is no picnic.

Facility managers therefore complain about being held hostage by their BMS vendor. So in the midst of all this hand-wringing, let us pause for a second and consider my not specially talented 12 year old nephew who set up his mother’s Alexa and essentially created his “home BMS” in less than an hour; making his home instantly more managed, controlled, safe, and energy-efficient than at least 80% of commercial real estate.

Folks – it’s time to stop being so entrenched in our beliefs about what a BMS is or should be. It’s time to learn from the group across the aisle – the consumer sector – that is out-innovating us.

A few key aspects stand out as lessons for me. Firstly, all the “smart things” in the home – locks, thermostats, motion sensors, washing machines, and lights have their own cloud point-of-presence and their own applications. That is, each of these things has a visible presence on the consumer’s smart phone through their own cloud and is individually controllable.

Secondly, Amazon Echo / Alexa is able to orchestrate these smart things and as a result, scenarios such as “if the door is opened by a particular smart phone, turn on the lights and heat up a specific room in the house”, become easy to implement, with no programming required. How does this happen? Well, the Alexa cloud receives voice commands (doesn’t have to be voice) indicating the desired scenario, goes out and establishes links to that user’s accounts in the lock cloud, the light cloud, the thermostat cloud, and so on, and invokes the right Application Programming Interface calls (APIs) to make the desired actions happen.

Note that all “system integration” is happening in the cloud. It’s the device clouds that talk to each other; it’s not the devices in the house talking to each other.

How do these lessons apply to the building automation and control and facility management market?

Firstly, all devices installed in a building, such as boilers, chillers, generator sets, electric sub-meters, pumps, VAV controllers, fire panels, etc. should be smart and have their own individual cloud points-of-presence and applications, just as consumer devices do.

Device and system manufacturers need to turn their electro-mechanical devices into smart devices with a cloud presence. Facility manager should insist that their vendors have this capability. Doing so, in effect, forcing every vendor to provide an app, is good not only for the facility manager, but for all the vendors as well, because it greatly improves the vendor’s ability to continue to add value to the facility manager with better service and operational insights.

For devices that are already installed and are pre-cloud, the facility manager should implement a common facility device cloud that automatically discovers all the automation and control devices in the facility, for example, all the BACnet-based devices in the building, and creates a virtual cloud instance for each device.

Once all the devices and sub-systems (and their access and data) are represented in the cloud, the facility manager should develop their own Alexa-inspired BMS. An integrated point of control that is intuitive and fun to use. Will it be as easy as the home Alexa? Maybe not, but that should be the goal.

I would argue that securing a home with a new-born baby may be just as important as securing a facility – so let’s accept that security is a serious issue that must always be front and center, but it’s an issue that applies across sectors.

Am I going out on a limb to make a point? Of course. If that’s what it takes to get what I want for the New Year … having our community think about reinventing the BMS.

The author of this blog is Varun Nagaraj, president and CEO of Sierra Monitor Corporation

This article first appeared on SierraMonitor.com