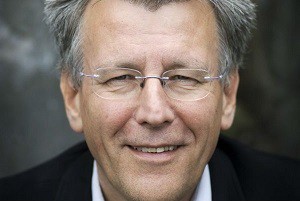 Sure, it’s good for the planet. But smart home energy management can save you money in some unexpected ways, says Cees Links of Qorvo Wireless Connectivity.

There’s been a lot of talk lately about smart homes. The convenience, the security, the gadgets, even the health benefits—like a smart refrigerator that tracks nutrition. But can a smart home fatten your wallet at the same time that it’s shrinking your waistline?

It’s easy to understand how being more efficient with energy usage can reduce day-to-day energy costs, but what about unexpected expenses like accidents in the home and equipment failures?

Let’s look at water heaters. One of the most common appliances around, found in most homes. Water heaters have a short lifetime—maybe fifteen years at best. When a water heater starts to go bad, it’s typically in the form of a slow leak. The less fun alternative is the catastrophic failure of the tank rupturing and spilling out gallons of hot water, flooding the house and creating a costly mess of property damage, cleanup and replacement expenses.

But the more commonplace slow-leak scenario comes with its own set of expenses, and they can be trickier to identify. If not immediately detected, the cost of the leak can quickly add-up. In many cases, the water heater continues to run, inefficiently heating water that is just leaking out instead of traveling to the shower or the dishwasher, and running-up the gas or electric bill along with the water bill. So yes, inefficient energy usage costs more money.

This same smart home scenario can also save the day in cold climates where frozen water pipes are a concern. A smart home with a water flow sensor can be programmed to notice when there is water moving in the pipes when no one is home. It can send a notice to the homeowner and turn off the water at the main valve, saving valuable resources and avoiding high water bills and expensive flood damage.

Insurance companies are recognising the cost-saving (and claim-reducing) potential of smart homes, too. In addition to home security and fire prevention, a smart home system can also prevent the mold that results from water damage—a common home insurance claim.

Beyond this kind of equipment failure damage, smart homes can offer cost-saving responses to natural disasters like earthquakes, tornados and hurricanes. Imagine being able to turn off power, gas and utilities to the home with a single press of a smartphone app button. Or even better, a smart system that recognises weather alerts, and can automatically disconnect all appliances and close storm shutters. As you can imagine, this type of cost and damage prevention excites insurance companies, too.

Going beyond the “smart meter”

In many areas, local utilities are rolling-out what they call “smart power meters.” Basically, these are smart for the utility companies, since they no longer have to pay the expense of meter readers coming out to a home to read the meter. These meters can also allow power companies to allocate more energy during times of grid stress or reduce stand-by power during periods of lower demand. But none of this is much help to the homeowner.

A true smart power system in a home would actually monitor and manage how and when power is consumed. It could be used to control the amount of time your kids spend on their electronic devices, and to turn-off power-consuming appliances or systems unless they were actually needed. For example, the smart meter would make sure A/C and heater systems are not in use until someone is home.

The green, smart house can automatically open and close window shades or curtains to adjust for the sun and the season, and there are emerging technologies that lighten and darken the window glass itself.

Another possibility is having a smart meter charge the home’s power storage system during the day via solar panels on the roof, or at night when power is less expensive. That way, the home’s power-greedy appliances can use “cheap” stored electricity instead of drawing from the grid during expensive rate times. These systems are already in use in industrial applications and will soon be moving to home use.

An effective smart home would make its people smarter, too. When people are educated about how much appliances are actually costing in power, they are more likely to turn off the appliances when not in use and to be more energy-thrifty when they do use them. For instance, it is much more efficient to run washing machines or dishwashers when filled to capacity. Running appliances under capacity wastes power and water, not to mention detergents.

By using a network of position and motion sensors, the smart home controls temperature and lighting to accommodate which rooms in the home are being used at any given time. For instance, if the family is watching a Netflix movie on a hot summer night, the system would be smart enough to turn off the lights and the A/C in the empty parts of the home, especially in areas that are usually not visited by the family during those hours.

After the family goes to bed, the system can then turn off the A/C or heating in the unused areas and just keep it on in the areas where people are sleeping. And since many people prefer cooler temperatures for sleeping, the system could be smart enough to slowly reduce the temperature at night and then then raise it again in the morning.

The analytics behind the smart energy system are key. The system learns from the people who live in the home to make predictions about future behaviors—the number of household members, how rooms are used and when, bedtimes, who works from home and where, who gets up early, etc.

Of course, simple overrides are available when needed, but the majority of patterns are absorbed by the system and used to enhance comfort and convenience settings that also happen to be cost-saving.

It might not qualify as the most exciting episode of “The Walking Dead” ever (though certainly less gory), but a smart home can help us all prevent a zombie apocalypse, at least in terms of unattended, power-eating electronics. Devices that consumer power even when not in use are often called “zombie devices.”

These include computers, TVs, computer monitors, phone and game chargers, set-top boxes and hubs, and plugged-in appliances like coffee makers, toasters and microwave ovens. Even though the power each zombie device consumes while not in use is limited, the total power usage definitely adds-up.

The smart home power system can learn which devices are the worst power consumers when not in use and simply disconnect them. If the home recognises that the family is away on vacation, it can disconnect all devices that consume standby power. Disconnecting devices this way also creates an additional level of safety against electrical fires from unattended, overheated devices.

It all adds-up to green

Most of us recognise the advantages of the smart home when it comes to security and convenience, and even increased energy efficiency. But in addition to the financial benefit of cutting utility expenses, truly smart energy management reduces the possibility of damage from natural and unnatural disasters, reduces insurance costs, benefits and educates the homeowner with regard to power usage, and increases comfort and convenience while saving money. Oh, and it also kills zombies.

The author of this blog is Cees Links, GM of Qorvo Wireless Connectivity, and formerly CEO and founder of GreenPeak Technologies.