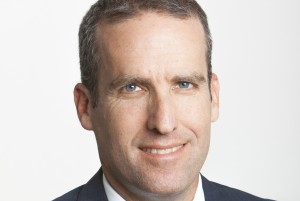 2017 will be the year of the DSRC-based V2X (Vehicle-to-Everything) technology in the automotive industry, according to Hagai Zyss, CEO of Israel-based accident-prevention company Autotalks.

“U.S. Department of Transportation’s new plan (NPRM) will mandate that car manufacturers bring to the market new DSRC V2X-ready cars in as early as 2020,” he said.”This will require OEMs to be equipped with massive quantities of V2X chipsets of the type provided by Autotalks.“

The long-awaited DSRC (Dedicated Short Range Communication) Notice of Proposed Rulemaking (NPRM) of the U.S. Department of Transportation from December 13, 2016 will pave the way to requiring all new cars to “talk to each other” via DSRC IEEE802.11p V2X technology.

The NPRM, which has been in the works for over two years, will mandate that car manufacturers bring to the market new DSRC V2X-ready cars in as early as 2020. This will transform the automotive industry and require OEMs to be equipped with massive quantities of V2X chipsets of the type provided by Autotalks, according to Zyss. As a result, American and other global car manufacturers are set to adopt Autotalks’ accident-prevention technology.

“As the NPRM has been in the works for a while, the industry is ready to embrace this life-saving technology,“ said Zyss. “Vehicles would be introduced as early as 2019 to DSRC-based V2X, and every OEM will launch DSRC no later than 2020. Autotalks’ chipsets have been selected by multiple OEMs and Tier-1 companies for mass-market deployment, after years of prototyping and pilot projects. Because of our advanced technology and reliability, Autotalks is the only company whose chipsets were selected for installations in entire vehicle line-ups.

Autotalk’s chipsets, CRATON2 and SECTON, were launched in October 2016, and are the only second generation devices in the market today. CRATON2 and SECTON are, said Zyss, the only chipsets that are truly secure, with secure storage and full message authentication. “Autotalks always insisted that security can’t be compromised, and that multi-layer security is essential. The new NPRM agrees with that.“

Autotalks’ CEO concluded: “The DSRC NPRM is great news not only for Autotalks, but for the entire U.S. By mandating that cars share critical driving information, hundreds of thousands of crashes can be avoided and lives will be saved. We are more than proud to be the ones to offer the optimal technology for making such a significant difference in the lives of so many.”