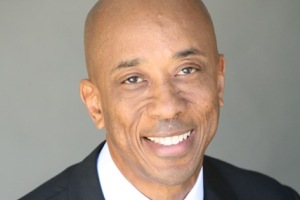 As enterprise customers migrate their applications to Microsoft’s Azure cloud and develop cloud-native apps, one of the capabilities available to them is the IoT platform services provided by the Azure IoT suite.

These services enable application developers to focus on creating business logic, without worrying about the nuts and bolts of communicating with IoT devices.

Accelerite, a provider of software for simplifying and securing enterprise infrastructure, recently announced that its Concert IoT service creation and enrichment platform can now be deployed on Microsoft Azure clouds. So what does Concert IoT do for developers of IoT applications on Azure?, says Dean Hamilton, general manager of the Service Creation Business Unit at Accelerite

Accelerite’s Concert IoT provides complementary services that developers can use to quickly create Azure-based IoT applications, as well as build and monetise application partner ecosystems. Accelerite refers to this process of creating applications and then offering them to partners in a platform-as-a-service model as IoT “service creation and enrichment.”

Concert offers three toolkits for IoT service creation and enrichment, including a visual modeling and orchestration toolkit that allows non-programmers, such as business analysts, to participate in the creation and refinement of IoT solutions; an application service exposure (ASE) engine for creating “service-oriented IoT applications” (SOIAs); and a monetisation engine for sharing commercial value among partners. The SOIAs are applications that expose APIs, allowing their services to be consumed programmatically by partner applications.

Concert’s service creation and enrichment suite works in conjunction with the suite of IoT enablement services currently offered by Azure. Through the combination of these two platforms, IoT vendors across manufacturing, retail and distribution, supply chain and logistics, government and agriculture can now create IoT applications and then immediately monetise those applications by offering them as platforms to application partner ecosystems.

For example, a manufacturer of precision agriculture IoT devices might use Concert IoT to rapidly develop smart irrigation, smart fertilisation and smart pesticide applications that are designed to complement their hardware offering and optimise farm cultivation operations. But instead of these applications existing in silos, API-driven interworking between applications allows the manufacturer to offer a highly integrated smart farm platform where applications can share data. Via APIs, these application silos can be linked together to use algorithms that provide the farmer higher degrees of precision optimisation of both costs and crop yields. Pesticide application can be coordinated with the irrigation cycle to maximise effectiveness and reduce pesticide usage. The moisture cycle can be carefully controlled to maximise nutrient sufficiency of the soil after fertilisation.

The value of the data collected can then be offered commercially, by the platform vendor, to external partners and interested third-parties seeking to offer the farmer value-added services. Examples of such services could include optimised seed variant recommendations, customised fertiliser blends, or yield optimisation algorithms.

These partners can then build their own applications on top of the APIs offered by the smart farm platform. Concert IoT manages these commercial data and API relationships, allowing the platform vendor to monetise the data being collected and develop vibrant partner ecosystems. With an IoT application ecosystem approach, and an ever-widening group of partners, enterprises can maximise the value of their investments in IoT and defend against application obsolescence.

“Accelerite’s support for Microsoft Azure environments within its Concert IoT service enabling platform offers value to the expanding community of Azure users and partners. Concert IoT is meant to serve as an enabling layer that rides ‘on-top’ of the expanding set of IoT features Microsoft can now deliver via the Azure IoT suite,” said Brian Partridge, vice president, 451 Research.

“The API management and monetisation services that Concert IoT brings to Azure environments will be crucial to unlocking value for developers and service providers as the IoT industry matures. Microsoft’s incumbency across all vertical industries and the growing market share of Azure in cloud services made it a natural target for prioritised support from Accelerite.”

The author of this blog is Dean Hamilton, general manager of the Service Creation Business Unit at Accelerite