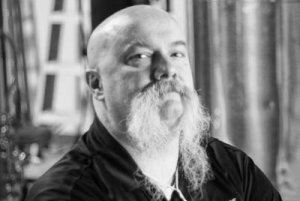 As security research increasingly bleeds into hardware, we will see creative ways to patch vulnerabilities when no update mechanism is readily available.

We will see the concept of an internal trusted network deteriorate. Internal networks will be treated the same as any external non-trusted network. With the increase of IoT devices, phishing attacks, and social engineering, even the concept of a corporate trusted laptop will need to be re-evaluated.

We will see many, many more hobby hackers publishing vulnerabilities in IoT. Cost of entry is low, there are tons of new devices with old bugs and the DMCA now exempts consumer device research, which means boatloads of public vulnerability disclosures. Which is good — and also chaotic. You could say that how IoT manufacturers respond to these disclosures will be make or break for the industry.

On the one hand, you might expect more mature companies to respond quickly and positively – patching and updating devices – but it’s also plausible that smaller, younger companies will be more nimble, and therefore able to respond faster.

If 2016 was the year IoT exploded, 2017 will be the year that IoT comes to life. I believe 2017 will be the first year IoT is used to inflict physical harm on a human. I also believe that audio information — voice data — gathered from home automation systems, such as the Amazon Echo will be used for the first time to solve a crime. I also expect to see MFP device security issues directly tied to a major corporate breach.

The authors of this blog are Craig Smith, Tod Beardsley and Deral Heiland of Rapid7

Struggling with Digital Transformation? Meet the experts at ‘The Evolving Enterprise’
Read More
340

IoTSWC aims to take connectivity to ‘next level’, including IoT, artificial intelligence and blockchain
Read More
245

What the IoT can learn from ’90s ERP