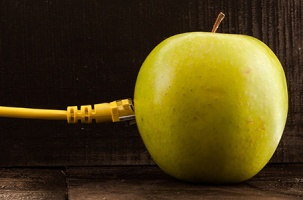 The 1990s were a time of innovation within the software industry, as companies realised that they could increase productivity and streamline operations by reinvigorating business processes. So throughout the 1990s and the subsequent decade, CIOs prioritised integrating business operations.

However, it wasn’t a smooth process, and numerous problems were encountered. Early IT implementations overran and under-delivered, resulting in companies losing millions. Nike spent $400 million upgrading their supply chain and ERP systems which resulted in a loss of $100 million, a 20% drop in their stock, and a multitude of class-action lawsuits.

Even though early implementations were both complex and costly, it resulted in an unprecedented level of integration and visibility. Businesses had access to real-time, accurate information which allowed them to deliver Available to Promise (ATP) commitments to customers, and end-to-end processes became transparent, says Andres Richter, CEO, Priority Software.

Over 20 years later, ERP has learnt lessons from its early days, and has evolved, into ERP-as-a-platform. Unlike ERP of the past, which were developed for specific functions, ERP-as-a-platform opens up the platform, allowing developers and users to tailor it to their unique needs.

Peter Sondergaard, SVP & global head of Research at Gartner recently claimed that IoT today is where ERP was in the 90s. It’s fresh, new, exciting, and everyone’s talking about it. However, to ensure it lives up to its potential, IoT should look back at early ERP and see what lessons it can learn:

In order for businesses to optimise business performance, they need ERP systems that give them access to real-time analytics. It allows them to see exactly what’s going on with their company, from financial changes, to the best way to complete an operation given large amounts of data and a variety of variables.

Similarly, real-time analytics is key for IoT. For example, although not common place on our roads just yet, driverless cars could well be the vehicle of the future. If they’re to work safely, data needs to flow between cars, people, street lights, radios, mobile phones etc. Real-time analytics will then take this data, and use it to make important real-time decisions for the cars.

As attacks have increased and become more sophisticated, ERP has had to place a strong importance on security. ERP stores valuable and private data, and companies need to have faith that they’ll be secure. Without this promise of security, ERP will struggle to attract users, who will look elsewhere for similar, but secure systems.

Similarly, IoT devices can’t forget about security, especially in light of recent attacks which potentially utilised IoT devices to shut down major websites in the US, such as Twitter and Yahoo. If they can’t keep the hackers at bay, everyone from consumers, to investors, will steer clear.

According to Gartner, the main problem facing cloud ERP is a lack of application integration and related skills. To avoid this, companies can’t completely forget about their existing systems. When looking for ERP, companies need to use a vendor who will provide guidance on application integration strategy so they can transition to the cloud and reap all its benefits.

The defining characteristic for the IoT’s future success will undoubtedly be integration. Just like ERP in the 90s, IoT needs to integrate with existing business processes, systems, and the user. Seamless integration is the only way IoT will be able to break into an environment that’s currently dominated by non-IoT devices. Ideally, when investing in an IoT device, neither businesses or their customers will notice that a change has been made.

The author of this blog is Andres Richter, CEO, Priority Software