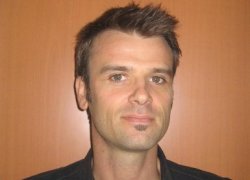 We’re all aware of the benefits of IoT, and how it is set to make tasks quicker and easier. But these intuitively connected cars, fridges and utility devices haven’t really gone mainstream yet, and they won’t until an Internet of Things (IoT) standard is introduced. That’s because the connected nature of these devices means they all need to be talking to and understanding each other.

If manufacturers don’t make their products interoperable with one another, the IoT is doomed to fail. In 2017, we’ll see manufacturers start to work closer with one another to enable the IoT truly take off. This could even result in new roles amongst tech companies, as ambassadors from both brands seek to cooperate to ensure that consumers gain the best experience when using smart devices, says Nicolas Chalvin, VP M2M Solutions & Services, and Paul Bradley, 5G Strategy & Partnerships director of Gemalto.

Once the standard is in place, we’ll start to see the take-off of Industry 4.0, with connected devices in place in the medical, agricultural, automotive and utility industries.

We’ve heard of many hacks on IoT connected devices this year, ranging from the distributed denial of service (DDoS) attack that took down the DNS provider DYN, or the multitude of phishing attacks on baby monitors.

In 2017, we’ll see device manufacturers start to take heed of these warnings, and build security into the design of these devices. However, it is imperative for manufacturers to see that any and every device that is connected to the internet is susceptible to attack. Even if the device it manufactures isn’t a harbour for sensitive information, it is still a portal that a hacker can use to access valuable data from other devices it connects to via the cloud or in its local network.

Whatever devices they deal with, from connected coffee machines to webcams, encryption must be baked in by design, and manufacturers must encourage their customers to break away from those default passwords. By creating a standard when it comes to IoT security, device manufacturers will be on the same page, thus ensuring that they are doing their part to keep consumers safe from malevolent attacks.

In 2017, we’ll see an increase in the number of consumer devices launched with built-in connectivity. While smartwatches, tablets, mobile and cars will be the first to benefit from eSIMs, we’ll also see some unexpected devices rolled off the production line that are ready to connect to the IoT with no need to be paired with another device to enable it to work.

This could range from toys, to smart meters, to shipping containers – anything and everything that could feasibly enter the IoT could be built with on-demand connectivity in mind. In turn, manufacturers will begin to see that these eSIMs don’t just offer the convenience of instant connection, but security benefits too, with end-to-end data protection between device end-points and their application or service cloud.

New devices join the Internet of Things by the second, but the connective networks that underpin the IoT are just as crucial as the smart devices it consists of. In 2017, we’ll see major networks that are essential to the growth of the IoT expand and improve, such as IoT-optimised LTE, 5G and LoRa, which will enable consumers and businesses alike to benefit from this intuitive technology.

5G will be a key player, and while standardisation of this network isn’t due until 2018, we’ll see this technology come on in leaps and bounds in 2017, with the (UK) Government pledging to invest £740 million (US$ 909.20million)(EUR882 million) in this technology, and many telcos already working with key vendors towards that goal.

The low latency of this network will be well suited to devices that need instant response, such as connected cars, connected health devices, and those delivery drones we’re all excited for!

The clock is ticking for those involved in the 5G value chain, with a target in place to have an end-to-end network for the Winter Olympics in 2018. It’s therefore imperative that organisations are doing all they can to achieve this dream.

We will see a lot of buzz around the “new LTE cats on the block”, mainly LTE Cat 1, LTE Cat M1 (LTE-M), and LTE Cat NB-IoT, providing optimised low power and cost-efficient connectivity in segments where it would not have been economically feasible before.

LoRa networks will also be improved, which are of a lower bandwidth, are less expensive, and have better building concentration – perfect for connected utilities that infrequently transmit small amounts of data across long distances. London gained its first LoRa base station in 2016, and we’ll expect to see more rolled out across the UK next year.