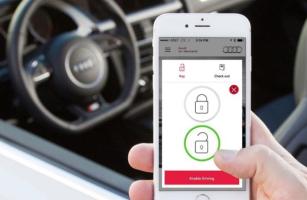 The Internet of Things (IoT) has created an entirely new market for services in the automotive market. Growth from $13.6 to $42 billion in six years is extraordinary, and the automotive industry has taken notice. How we ‘consume’ transportation will be transformed in the process, affecting everyone and everything that moves from one place to another.

IoT Now: Connected cars are a hot topic, but it looks like industrial applications for connected vehicles could be just as — if not more — lucrative. Are heavy vehicles and mobile telematics as much in the IoT mix as their passenger counterparts? Brendan O’Brien: Usage-based monetisation models and IoT integrations are already popping up in the heavy equipment industry with leaders like Caterpillar and John Deere using the technology in many different ways. There is currently a lot of unanswered demand for data that can be used to create efficiencies and increase profit margins with connected industrial vehicles. This will be a fast-growing sector, and we have yet to see its breadth.

Industrial applications also tend to contribute to the bottom line in a more immediate and direct way than consumer (applications). And for industrial customers, the machines are already a sunk cost and the connected features just become a huge value-add that has an almost instantaneous positive impact to their bottom line, solely based on the productivity gains and loss prevention these connected services provide.

IoT Now: How are new services from companies like Trimble, Arsenault/Dossier, and others fixing the problems that have plagued heavy construction for years?

O’Brien: These companies are providing usage-based pricing models to get people to use the vehicle, as well as ‘add-on’ services that dramatically increase productivity (for example, automated fleet management and predictive maintenance alerts) and decrease loss (e.g. geofencing that eliminates overnight equipment theft).

The add-on services are instantly attractive for their immediate bottom line impact as I mentioned in response to your earlier question, and the pay-per-use model is finding traction because it more naturally aligns with how these businesses measure their own success, which is the same reason so many enterprises have moved toward the use of cloud-based IT infrastructure (like Amazon Web Services) rather than building and hosting their own IT infrastructure.

It can also reduce extremely high costs of entry and gives industrial users a whole lot more flexibility as they are never stuck with machinery sitting idle that they bought for project X that won’t be used for project Y and Z.

IoT Now: What are the likes of Ford, Audi and GM doing that they have not managed before?

Ford just picked up San Francisco crowd-sourced-commuting company Chariot (which uses Ford vehicles), and they have also promised fully-autonomous vehicles by 2021. The autonomous cars from Ford will only be offered (at least initially) as a commercial mobility service, and not for traditional purchase, pointing to a shift to usage-based, recurring revenue models.

General Motors is also getting into the autonomous ride-sharing fray, and they say they will be launching a fully autonomous vehicle with its partner Lyft in about five years. GM has also started its own car-sharing service called Maven, in addition to its partnership with Lyft.

Previously, automakers were content with a very hands-off fleet sales model where rental companies and then ride-sharing and car-sharing companies like Uber and Zipcar were sold vehicles at volume discounts or provided with special offers for exclusivity. But it seems they see the writing on the wall when it comes to the changing tastes of millennial consumers — they are less likely to participate in traditional purchases and more likely to buy ‘experiences’. Automakers are not about to be left out. Though it is a massive culture-shocking change from measuring success to margin-at-sale to long-term annuity and recurring revenue from services, the opportunity is too large to take a pass.

IoT Now: What can businesses do now to develop their connected vehicle go-to-market strategies?

O’Brien: Mainly, they have to prepare for that massive culture change. Automakers, their dealer networks, the wholesale model — it is built on and relies on long-standing traditions and agreements. Today’s customers are used to self-service, to doing their own research and making purchases on their own terms. To these consumers, the dealership model is archaic, painful, and unnecessary.

While upscale and boutique, Tesla is proving that the current dealership model could virtually be a thing of the past if the industry can break down its own bureaucracy. Tesla is the model, and ignoring this model will be done at the peril of mainstream OEMs (original equipment manufacturers).

While it won’t disappear entirely, the current dealer-centric model is a dead man walking. It will and should be more like, say, an Apple Store, where the purchase is made online, the transaction handoff, value-adds, and continuing service happens in the store, and tech upgrades happen over the air. The dealership becomes part of the relationship, not the entire relationship.

There is also a major technical infrastructure aspect of this for OEMS — they have relied entirely on a one-time sales revenue model for the last 110 years. They just don’t have the back-office capability to handle selling, billing, and provisioning products and services outside the dealer network and with a recurring revenue and customer lifetime value model. If this is to scale, they need to prepare their billing and accounting systems and practices today, not after the next launch or acquisition. Internal evangelism for this shift needs to start in the finance office.

Recognising growth and revenue is going to change—margin models cannot be counted on for much longer. The CFO has to be on board. The best path to getting this new thinking socialised for many OEMs is more likely to be their in-house financing divisions (if they have them), as concepts like ‘annuity-based returns’ (where profit is realised over time rather than at initial point of sale) is far less likely to feel ‘foreign’.

Many of the explorations at OEMs of non-traditional ‘transportation as a service’ ideas are originating from these finance divisions for that very reason. 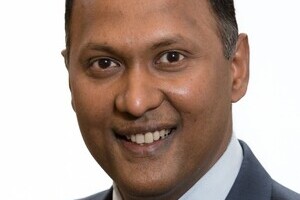