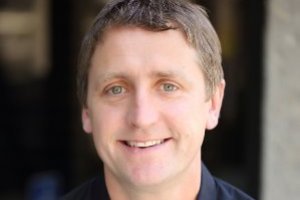 Dermot O’Shea, joint CEO of antenna specialists Taoglas, is optimistic about several key aspects of the Internet of Things (IoT) in the year ahead.

The IoT’s market growth will continue as the benefits of connected devices bring greater efficiencies and cost savings to businesses, as well as make our lives as consumers easier.

The increased volumes in device shipments mean costs will continue to come down, and as a result, more business plans will make financial sense. There is a great buzz around the industry now and investors are scrambling to get in to the latest and greatest IoT opportunities.

Question of ‘When’ will persist while the industry prepares for 5G

5G will still very much be in the development stages in 2017 while the industry waits for the actual standards to be set. We still won’t know exactly what frequencies and spectrum will be used in different global regions by the operators.

All companies will continue to research, develop and collaborate with industry partners to try to ensure that we are “ahead of the game” and already have designs in test and development once we know exactly in what direction the industry is heading. Trials will continue, as will marketing efforts.

Taoglas antenna on a police car

For example, there are specific site plans for the next Olympics, but as for a general rollout in mass markets, we are not sure exactly what to design for. The desire for increased speeds and bandwidth continues, so it’s certainly not a matter of if, but when.

The business of healthcare and medical are ready to advance and leverage IoT in 2017. Because of the privacy, cost and adoption issues involved, this market has been slower to adopt IoT as a mass device solution and benefit. Now that the concepts and benefits have been presented across all the parties involved, there is a huge amount of awareness everywhere in the decision-making process, including government, insurance providers, medical device and pharmaceutical companies, medical professionals and patients themselves.

However, that large number of decision-makers in the process, also has the potential to delay adoption, something of which companies serving this market are acutely aware.

A good example is of IoT taking greater hold in the utilities market is in the area of AMR (automatic meter reading). Traditionally utilities always read and communicated with their meters using their own SCADA networks. However, it is costly to install and maintain those networks.

With the subscription and data rates now being offered to IoT customers by the major carriers, they are finding it makes more sense to go to a cellular based solution. It is not only cost effective but more features and functionality can be offered to not only the utility, but to their customers. This all helps us use less energy while increasing profitability. Yet, in 2017 we expect to see that there is still a barrier preventing this market from fully adopting IoT and that is ‘Who is Going to Pay?’ The vendors expect the cities and municipalities to pay, hence increasing prices of services to the taxpayer. These solutions need more maturity to show how they save cost as well as saving on the environment and carbon taxes, etc. Like the medical industry, there needs to be more adoption from all the players in the supply chain before greater adoption can occur.

More antennas will be needed to drive the demands of today’s IoT applications and the expectations of the end users in 2017.

It all means more antennas, in smaller spaces, at lower costs with increased performance. As a leader in the antenna market, we are tasked to improve materials, designs, innovation / R&D, time to develop and launch and test in order to keep up with the market demands. Now we also have 5G on the horizon, this will need to live and perform in harmony with all the other systems while improving and enhancing the end user’s experience.

The author of this blog is Dermot O’Shea, joint CEO of antenna specialists Taoglas

“There is so much potential in the IoT”: GSMA highlights the opportunities abound in IoT and the operators exploring ...
Read More
575

Hands up who’s making money in 5G? And who’s not?
Read More
5 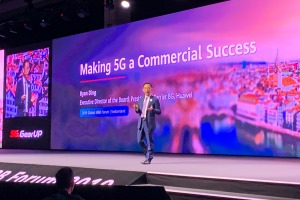 Huawei ships more than 400,000 5G active antenna units and advises carriers on how to make 5G a success
Read More
340