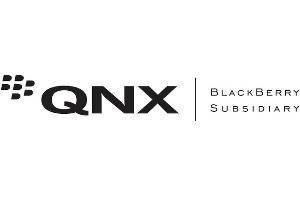 BlackBerry Ltd announced its most advanced and secure embedded operating system (OS) for the automotive industry. QNX® Software Development Platform 7.0 (QNX® SDP 7.0) is a 64-bit OS that builds on the proven reliability of QNX technology and raises the bar for security and performance in cars.

At CES 2017, the technological capabilities of QNX SDP 7.0 will be demonstrated in BlackBerry QNX’s 2016 Jaguar XJ and 2017 Lincoln MKZ concept cars.

“With the push toward connected and autonomous vehicles, the electronic architecture of cars is evolving – from a multitude of smaller processors each executing a dedicated function, to a set of high performance domain controllers, powered by 64-bit processors and graphical processing units,” said John Wall, senior vice president and head of BlackBerry QNX.

“To develop these new systems, our automotive customers will need a safe and secure 64-bit OS that can run highly complex software, including neural networks and artificial intelligence algorithms. QNX SDP 7.0 is suited not only for cars, but also for almost any safety- or mission-critical application that requires 64-bit performance and advanced security. This includes surgical robots, industrial controllers and high-speed trains.”

The OS also offers a safety pedigree proven by certification to ISO 26262 ASIL D (the highest level achievable) for automobiles and to IEC 61508 SIL 3 for industrial automation systems, and by compliance with IEC 62304 for life-critical Class III medical devices.

As automakers look to consolidate domain functions such as infotainment, telematics, and digital instrument clusters into a virtual cockpit controller, QNX SDP 7.0 provides a realtime OS that supports 64-bit for the ARMv8 and Intel x86-64 architectures, along with virtualisation capabilities. QNX SDP 7.0 can help ensure that these automated systems perform all processes and actions reliably, within the pre-defined amount of time needed for successful and safe execution. Using LiDAR, radar, forward-facing cameras, global positioning systems (GPS), and inertial measurement units (IMU), the car can detect obstacles on the road, anticipate dangerous driving situations, and present warnings to avoid collisions to keep drivers and passengers safe. The QNX Platform for ADAS processes data generated from the sensors in realtime, and also records and plays back the data off-line for feature development and testing. Also on display at BlackBerry’s CES booth is a 2017 Aston Martin Vanquish model that is now shipping with BlackBerry QNX’s latest in-vehicle infotainment software technology. The new infotainment system is the control center, seamlessly integrating audio, hands-free communication and vehicle status technologies into the cabin. It also has an upgraded satellite navigation system with a quicker address input, advanced traffic information, and support for Apple CarPlay.

Finally, BlackBerry will showcase BlackBerry Radar, its secure end-to-end hardware and software asset tracking solution for the transportation and logistics industry. Radar provides more sensor readings, more often than any other solution on the market today.

This allows customers to accurately monitor assets, manage yards, analyse utilisation, measure efficiency, and reduce theft based on a near realtime view of the fleet.