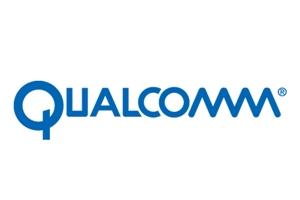 As network complexity and expectations skyrocket at the hands of insatiable consumer demand, Qualcomm Technologies is introducing a suite of features, for deployment across IoT devices, IoT hubs, and network gateways, that centralise and manage the complex and diverse connectivity technologies and ecosystems – the Qualcomm® Network IoT Connectivity platform.

“The Qualcomm Network continues to redefine connected experiences by making connectivity simple, high quality and consistent across devices and technologies,” said Gopi Sirineni, vice president, product management, Qualcomm Technologies, Inc. “ IoT Connectivity platform and our expanded Wi-Fi SON capabilities together are designed to deliver on that promise by directly addressing the most fundamental connectivity challenges of IoT while ensuring a broad delivery of our innovations across wired and wireless networks.”

Building upon the success of Qualcomm Technologies’ device-focused IoT solutions, such as the QCA401x and QCA4531, the Qualcomm Network IoT Connectivity platform is designed to help ensure, for the first time, compatible and simultaneous use of Wi-Fi, Bluetooth, CSRmesh™ connectivity, and 802.15.4-based technologies across a network.

With distributed networks seeing significant product traction, and the value Wi-Fi SON brings to networks recognised, Qualcomm Technologies is announcing the expansion of the Wi-Fi SON capabilities to include:

To get an up-close look at how these Qualcomm Network innovations are delivering simple, seamless networks that just work, please visit the Qualcomm booth at the Consumer Electronics Show, located in the Central Hall, booth #10948.