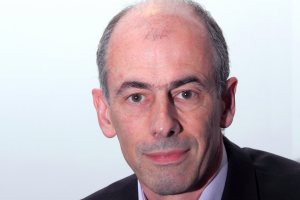 As the biggest consumer electronics companies in the world unveil their latest new products, Martin Garner, SVP, Internet at CCS Insight examines some key themes at the show.

The Internet of Things has been a key buzz phrase at CES for the past two years. This year we believe that the key focus is shifting to machine learning and artificial intelligence which are prominent themes throughout the event. In 2017 we predict that ‘machine learning will overtake the Internet of things as a hot investment area in 2017’.

A wide range of smart speakers are being showcased at CES. These build on the momentum seen in 2016 with the launch of Amazon’s Echo and Google’s Home devices. Success in the smart speaker market will be determined by the software platform, not the hardware. The real battleground will be the support for competing voice control systems such as Amazon’s Alexa, Google’s Assistant and Microsoft’s Cortana, rather than any hardware differences.

We believe that smart speakers will kick-start the connected home market in 2017. The arrival of smart assistants like Amazon’s Echo and Google Home are expected to rekindle public interest in connected home devices and there will be a wealth of demonstrations at CES showcasing how consumer control smart thermostats, light bulbs and other devices using the speakers’ intuitive natural language interface.

Virtual and augmented realities are major themes. Companies targeting this opportunity need to build momentum after a slower than anticipated start in 2016. Expect numerous demonstrations at press conferences and on the exhibition floors with dedicated showcases allowing attendees to try out the latest and greatest experiences.

In support of the growing momentum around virtual reality and the ease with which 360-degree content can be shared via platforms such as Facebook and YouTube, we expect to see an avalanche of 360-degree cameras, particularly from the numerous Shenzhen-based companies attending CES, including a smartphone with an integrated 360-degree camera. However, once the dust settles we believe it will remain a curiosity in a smartphone market which is still currently characterised by a lack of innovation.

Wearables have been a hot topic at CES over the last couple of years; however, CCS Insight’s recently completed wearables survey indicates challenges remain for manufacturers targeting this segment. Full-touch smartwatches still lack a clear purpose and remain a solution looking for a problem.

On this basis, we believe that sales of smart analogue watches will outstrip those of Apple and Android-powered devices in 2018 as the appeal of touch-screen smartwatches with full electronic displays wanes. Look out for big announcements from leading watchmakers such as Fossil.

Other notable areas to watch in the wearables space include pet trackers where we are predicting that major pet food brands give away fitness trackers for cats and dogs in 2017.

Another trend we expect to see in 2017 is the emergence of various wearable form factors. This supports our prediction that by 2018, smart sports shoes will sell 1 million pairs to become the first mass-market smart clothing.

Over the last five years the automotive exhibit at CES has continued to grow. This year the hype around autonomous vehicles continues to build, however we caution that this technology will take far longer to come to fruition than many of the flashy demos as CES suggest

In this vein, we predict that Autonomous cars with no human driver remain a research project until at least 2025. This is based on our view that despite extensive hype, the problems of legislation, regulation, safety and consumer acceptance mean fully software-controlled cars on public roads will stay in the realms of science fiction until well into the next decade.

This is not to say that self-driving technology won’t continue to make progress in areas such as driver-assistance projects which we believe will be very prominent at CES. The challenge is that regulatory approval will advance far more slowly than the technology and we expect this to be a hot topic for debate.

The author of this blog is Martin Garner, SVP, Internet at CCS Insight