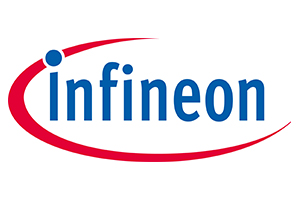 The REAL3™ image sensor chip from Infineon Technologies AG has been incorporated in the new Augmented Reality (AR) smartphone by ASUS.

The mobile device was launched yesterday at International CES® 2017 (International Consumer Electronics Show) in Las Vegas. The ASUS Zenfone AR is said to be the world’s thinnest smartphone that offers a 3D Time-of-Flight (ToF) camera for 3-dimensional perception of its surroundings in real-time.

AR enriches the perception of the real environment with written text as well as virtual objects that are embedded in correct scale and realistic perspective. For instance, these virtual objects may be animated animals or domino bricks in gaming applications. Projecting virtual furniture into a real home environment before ordering items at an online store is another application example. Besides consumer applications, AR can also be used in industrial manufacturing for maintenance of complex equipment and construction.

Both, the Infineon REAL3 image sensor and the ASUS Zenfone AR smartphone are on display at the Infineon CES booth MP25265 in South Hall 2 of the Las Vegas Convention Center.

The REAL3 image sensor chip is the key component of the world’s smallest 3D camera module for smartphones. It is based on the Time-of-Flight (ToF) principle and measures the time the infrared signal takes to travel from the camera to the object and back again. The elapsed time is called “time of flight”. Compared to other 3D sensing principles, ToF offers advantages in performance, size and power consumption of battery-operated mobile devices.

ASUS is among the world’s largest smartphone manufacturers. Its newest smartphone is less than 9 mm in height. It demonstrates that the REAL3 camera module which has a total height of only 5.9 mm is fully compatible with even the smallest smartphone form factors. Another winning characteristic of the 3D camera module is its low power consumption: it requires less than 150 mW during operation which can be easily delivered by the Zenfone AR’s state-of-the-art 3,300 mAh battery. The ASUS Zenfone AR smartphone is expected to hit the stores later this year.

“3D scanning with semiconductors from Infineon helps to interconnect the real and virtual worlds,” said Martin Gotschlich, director, 3D Imaging at Infineon Technologies. “Mobile devices with an integrated 3D image sensor have spatial awareness of their surroundings and the capability for augmented reality applications with an impressive realistic quality. They pave the way for numerous applications and innovations that were not previously possible.”

Today, AR is in an early introduction phase representing a niche market. It will be up to smartphone users to identify applications that they desire in the course of their daily life. This may realise a huge business potential: just the premium segment of smartphones is rated to be more than 400 million devices sold each year.

Currently, already four of the top five camera module makers for mobile devices and smartphones are actively working on camera module designs using Infineon’s REAL3 image sensor. Two of them are already delivering devices in volume quantities. These module designs are inspired by the leading ToF camera reference designs by the company pmdtechnologies.

About the cooperation between Infineon and pmdtechnologies

Infineon co-developed the 3D image sensor chip family REAL3 with pmdtechnologies AG from Siegen, Germany. Both companies are jointly providing the technical support for camera module makers. The contribution of pmdtechnologies to the REAL3 chip family is the ToF pixel matrix.

Infineon contributes all functional blocks for the system-on-chip (SoC) integration and developed the manufacturing process. The 3D image sensor chips are produced in Infineon’s Dresden plant with a CMOS process optimised for ToF using microlens technology. 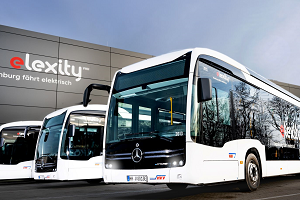