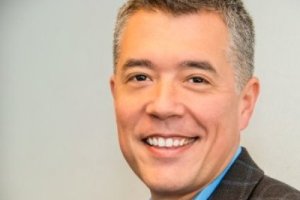 The use of wearable and connected devices is increasing in popularity and frequency in the enterprise. These new classes of devices present a variety of benefits – from creating new business opportunities and increasing work quality and productivity, to solving problems that span across physical and virtual work scenarios.

Gartner isn’t alone. Forrester believes wearables will be commonplace in enterprise by 2020. However, as adoption increases, it creates challenges for designers and developers. Compared with smartphones and tablets, creating apps for wearables and connected devices, can be challenging because of unusual screen form factors and the need to engage users for a shorter amount of time, says Burley Kawasaki, SVP Products at Kony, Inc.

Enterprise mobility company, Kony, recently surveyed over 230 participants from across North America, South America, Europe and Africa to look more closely at this for a research report titled, “Wearables and Connected Devices: The Next Frontier in Cross-Platform Mobile Development.”

It discovered 69% of designers said wearables and connected devices either “already is” a challenge for application design or will become one within the next 6 – 12 months; and 65% of mobile app developers agreed.

This shift, therefore, toward novel and non-traditional devices in the workplace has called for a redesign of business processes – including some that haven’t changed since the paper form.

Additionally, since developers and designers are working with new form factors and screen sizes, they need to consider the amount of data that has to be captured and what information should be displayed. Apps, therefore, need to adapt and optimise for the unique capabilities of the device being used.

For example, SAP data entry does not work well on a 1” watch device. You, instead, need to adapt and optimise for how your users work, and not simply view it as another channel like the web. Kony’s research evaluated such app development challenges, and it points out that one quarter of developers felt stakeholders had “no clear vision” and that 51% of designers have said “designing for multiple platforms” was a challenge.

What’s more, connected IoT devices present the additional challenge of providing too much data for humans to process; with smart sensors all around us streaming hundreds or thousands of small events per minute, one cannot possibly sift through that much data.

Instead, it’s important for developers to build apps that apply predictive analytics on the vast IoT event streams being generated, and then leverage the mobile app as an intelligent control point for the connected IoT world only when needed. This empowers the mobile user to take action, based upon exceptions; or to proactively take action, but not have to make sense of vast amounts of data. When people were asked about the top three reasons preventing them from rolling out their mobile app, there were three clear reasons: misalignment between IT and LOB (39%), lack of time and resources (31%) and no clear vision from stakeholders (25%).

This explosion of demand for mobile apps is being driven for many reasons, but one of the top ones is that the changing workforce just expects things to work this way, because it’s the way that their consumer apps work.

Clearly, wearable and connected devices hold tremendous promise for enterprises. However, while building apps for these devices can present challenges for developers and designers, the advantages significantly outweigh the disadvantages. Some enterprises are actually redesigning entire business processes that haven’t changed for decades.

Progressive enterprises are shifting to apps designed from the outside in, not the traditional inside out approach. So, it means firms should not structure apps around internal system limitations or around organisation boundaries; this simply propagates legacy processes. Instead, adopt a people-centred design philosophy and orient around the end user personas and what outcomes are needed to let people get their work done.

The author of this blog is Burley Kawasaki, SVP Products at Kony, Inc.