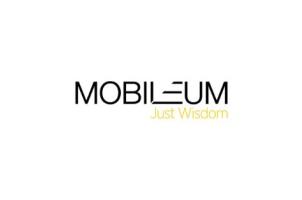 Mobileum, a provider of roaming systems and analytics solutions for telecom business transformation, has appointed Arun Sarin to its board of directors. Sarin brings a wealth of knowledge, says Mobileum, obtained in leading roles at some of the world’s largest telecommunications companies.

In his new position he will share guidance around the company’s portfolio, and offer insight supporting Mobileum’s commitment to the digitalisation of the telecommunication industry.

Arun Sarin was the former CEO of telecom giant Vodafone Group plc, serving from 2003 until 2008. He led Vodafone’s strategic move into emerging markets and data services, serving 300 million customers. He also serves on the board of directors of Ola Cabs, Cisco Systems, Charles Schwab and Accenture.

He has previously served on numerous boards, including The Gap Inc. and Safeway Inc. In addition, Sarin was a non-executive director of the Court of The Bank of England, and was named as an Honorary Knight of the British Empire for his services to the communications industry.

Bobby Srinivasan, Mobileum’s CEO said: “We are delighted to have Arun join the Mobileum family and believe he will be a major asset in helping us to build Mobileum as the leading global platform for telecom analytics”.

“I am very impressed with Mobileum’s analytics capabilities; Telecommunication providers need nimble, innovative companies like Mobileum to help them transform and I’m looking forward to being a part of Mobileum in its next phase of profitable growth,” said Sarin.

Acquired by Audax Private Equity in Q4 of 2016, Mobileum has a common network and analytics platform which can support a number of analytics enabled solutions and helps over 600 operator networks across 170 countries to grow and protect revenue, innovate new business models and digitally engage with consumers through conversational analytics.