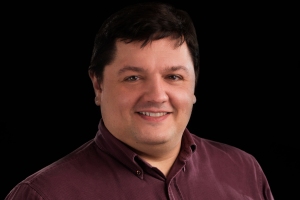 Poor IoT device security is a growing concern throughout the business world. Thomas Fischer, Threat researcher and Global Security advocate at Digital Guardian outlines six ways IoT product developers and manufacturers can prevent their devices from being turned into a botnet army.

Despite still being in its relative infancy, the Internet of Things (IoT) has already developed a reputation for poor security. Sadly, it is justified. With IoT spending sky high and demand only increasing, developers and manufacturers are rushing to put new products out into the marketplace. Unfortunately this rush means robust security measures frequently become an afterthought, which inevitably results in users being put at risk.

Gartner estimates that over 20 billion IoT devices will be in the marketplace by 2020, so if even a fraction of these devices are unsecured it adds up to a big problem. Never has this been more apparent than in the wake of the DDoS assault on Dyn last year, which turned millions of malware-infected IoT devices into a botnet army, crippling the DNS provider and halting traffic to hundreds of popular websites including Facebook, Twitter and Amazon.

But despite such high-profile attacks making global headlines, the vast majority of consumers remain dangerously unaware of the security risks their exciting new IoT devices pose.

As connected devices increasingly permeate all aspects of our lives, the burden of properly securing them must fall squarely on product manufacturers and software developers. After all, it makes sense that those developing and profiting from IoT technology ensure the products they sell pose no risks to end user security or privacy.

With this in mind, below are six key areas that security efforts should focus on, in order to permanently improve the security of IoT devices and reduce the risk placed on consumers.

The full potential of the IoT is still far from being realised, but as more IoT-related data leaks and cyber attacks make the headlines, manufacturers are coming under increasing pressure to improve the security of their products. If followed correctly, these six steps will not only allow providers of connected technology to remain competitive, but help to build an IoT which is more robust, better protected and safer for everyone.

The author of this blog is Thomas Fischer, threat researcher and global security advocate at Digital Guardian