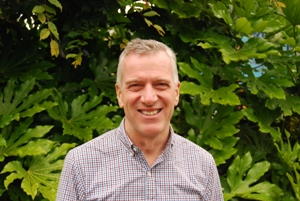 Once the preserve of science fiction, commercially available autonomous vehicles (AVs) will soon be a reality. AVs are currently being tested on UK roads by major vehicle manufacturers including Nissan, Volvo and Ford, and 2019 is being cited as a realistic year for launch in some limited geographies.

The dawn of AVs will signal a paradigm shift in how we get from A to B, says Stan Boland, CEO of FiveAI. It will change the automotive industry beyond recognition. It will disrupt the very notion of car ownership. AVs look set to totally transform mobility, perhaps in more ways than we can imagine right now.

A recent survey conducted by KPMG revealed that 59% of industry bosses believe that more than half of today’s car owners today will no longer want to be in possession of a vehicle by 2025. But how is this new ownership model more efficient, and why it is financially beneficial for consumers?

Why do we need autonomous vehicles?

Urban congestion and traffic pollution are often the result of drivers that choose to travel in their own cars over public transport. The UK Department for Transport (DfT)’s report on Public Attitudes to Buses (2013) found that existing shared services simply cannot offer sufficient convenience, comfort or predictability for consumers.

AVs will enable new service configurations where consumers are delivered door-to-door, with virtually no stops in a comfortable, shared vehicle. They can use travel time to relax or do work and they won’t need to waste time looking for a parking spot. The services will be hailed using a smart phone application or could even be directly linked to consumers’ digital calendar, and they can be delivered at a cost to the consumer that is equivalent to that of a bus ride, without government subsidy. Consumers will spend less on transportation and will recover hundreds of hours of driving time. Road traffic accidents will be reduced, as will congestion and pollution in our towns and cities. It has been projected that AVs could eliminate 90% of traffic fatalities.

What are the challenges?

So how do we get there? Every company is taking a slightly different approach to the technology and there is no agreed way of validating systems before deployment. The standards that do exist are woefully inadequate for driverless cars.

For example, the ISO 26262 standard for electronic components was developed to ensure that vehicles consistently respond to the instructions of human drivers, it was never conceived as a specification for autonomous decision making software.

UN regulations that ban a vehicle being steered automatically above 10mph also need to be dealt with. Plus a regime that demands independent third-party testing before launch is counter-cultural to the auto industry which has traditionally favoured self-certification.

Emerging computer-vision science has meant that a better-than-human perception ability is now feasible, meaning we can develop autonomous vehicles that are far less likely to drive into things than human drivers are. But this alone isn’t sufficient. For autonomous vehicles to gain public acceptance they will have to drive in a way that other (human) road users expect them to and they will have to make timely progress in busy traffic, i.e. driving assertively where necessary.

In order to do this, AVs must have the ability to anticipate what is likely to happen next in a scene. This remains an unsolved challenge, as observed by the higher than average rear-end collisions that many autonomous vehicle prototypes experience, but it is the key to widespread adoption of AVs and all the societal benefits that will bring.

‘Mobility as a Service’ is the new model

Experts predict a switch, in developed economies, to commercial transport services based on a mobility-as-a-service model, with a corresponding decline in vehicle ownership. Under mobility-as-a-service, users will instead rely on vehicles operated by service providers – imagine an Uber-like service you can summon at the touch of a button, but with no driver.

For consumers, this means lower costs compared to owning a car and ultimately more convenience. For auto makers however, the picture is somewhat more complex. Overall demand for vehicles will fall in developed economies. Operators, not consumers, will be the main purchasers and the preferred brand of the car will become less relevant. Integration of the service into consumers’ digital lives, safety reputation, vehicle comfort, connectivity and cost of ownership will be service differentiators. In short, low-cost manufacturers like China’s SAIC and contract assemblers like Canada’s Magna could cash in if commoditised vehicles and hardware come to the fore.

In their ‘Peak Car Ownership’ report, the Rocky Mountain Institute estimates that private ownership of vehicles will peak in the US as early as 2020. Fast forward to the year 2030, and we are far more likely to be relying on a mobility-as-a-service model than the car ownership model which is prevalent today.

What remains to be seen is how the auto and transit industries will come together to find ways in which services can be safely launched, extended and ultimately adopted. Thereafter, it should be relatively easy and frictionless to expand services and promote the significant improvements to all of our lives that autonomous vehicles can deliver.

The author of this blog is Stan Boland, CEO, FiveAI 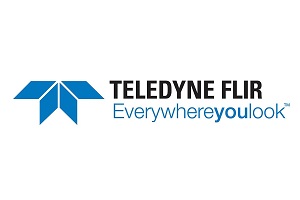 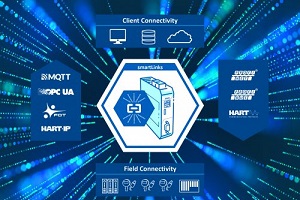 The smartLink product family from Softing enables end customers to make efficient use of connectivity at the interface between OT and IT. The products allow simple and scalable integration of device data into plant asset management applications. The new versions of smartLink HW-DP v1.20 and smartLink SW-HT v1.20, which are now available, offer enhanced functionalities