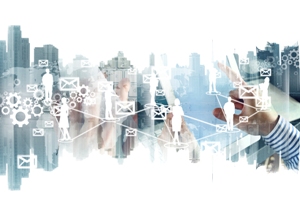 According to research carried out by 451 Research, 71% of global businesses are now gathering Internet of Things (IoT) data and 90% expect to increase spending over the next 12 months.

Traditionally, IoT has affected the public from a consumer standpoint – think smart thermostats and talking fridges, says Nick Hawkins, managing director EMEA at Everbridge. However, the Industrial IoT market will play an equal, if not greater role, in improving safety and efficiency.

For example, the utilities industry has long used sensors in reservoirs to monitor water levels and predict when they will need more supply. IoT can automate communications and pre-empt a crisis before it causes serious damage.

Critical communications platforms are already deployed by businesses, local authorities and national governments around the world to warn and advise people in the event of a crisis. These incidents can range from sourcing a relevantly-skilled IT technician to repair a broken server, to engaging with the public during a terror threat.

Central to the success of critical communications platforms are two key functions. The first is the capability to deliver messages using a variety of different methods – this is known as multi-modal communications. No communications channel can ever be 100% reliable 100% of the time, so multi-modality transforms the speed at which people receive the message.

The second is effective two-way communication, which is the ability for recipients to respond to emergency notifications quickly and easily, enabling them to acknowledge receipt, confirm actions or declare status.

Combining data from IoT devices with a critical communications platform offers an emergency alerting domain experience, automated decision making and sophisticated communications logic. This provides businesses with the ability to add context to critical alerts, connecting the right people to physical devices, at the right time, to take the appropriate action.

By integrating critical communications with IoT organisations can improve physical security and business continuity, minimising the impact of crisis including a security breaches, a mechanical warehouse fire or malfunction on the assembly line. Virtually any IoT device can be integrated with a critical communication platform to improve its self-regulation and ability to communicate. Imagine a world where your appliances and business applications could self-diagnose. For example, airports can identify when a new bulb is needed on a runway.

Some examples of IoT and critical communications applications include:

A crisis can mean something different in every industry. For example, an IT breach could spell disaster for one business, but be less of an issue in another. Whatever happens, communications need to be fast, effective, and meaningful. Harnessing the power of critical communications platforms and combining it with IoT applications offers a fast and highly effective means to ensure that, in the event of an emergency, the lines of communication remain open. This ensures people are kept up-to-date on fast-changing situations and resources are deployed to keep them safe and protected.

The author of this blog is Nick Hawkins, managing director EMEA at Everbridge