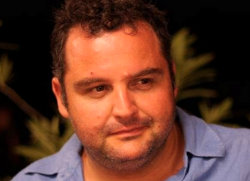 CityVerve, is a UK government-funded smart city demonstrator based in Manchester. Here, Jeremy Cowan talks to Nick Chrissos, head of Innovation Technology, Cisco UKI — Cisco is one of the 21 organisations which are part of the CityVerve consortium — to get an overview of the CityVerve project and how it is creating a real-life blueprint for smart cities worldwide.

IoT Now: What is the objective of the CityVerve consortium?

Genuine enthusiasm and shared ambition to drive a benefit-led and tech-enabled change to the city is what brought the consortium together. Our aim is to create numerous opportunities for businesses and citizens of Manchester. We want to embrace the potential of technological advancements to literally transform the way Mancunians live, work and play.

Benefited by a potent blend of partnerships, CityVerve will deliver complementary services, ensuring public and private sectors work in tandem to help improve people’s lives. As the project begins to pick up steam, a number of new deployments will appear across the city to tackle issues in areas including transport and travel, health and social care, as well as energy and environment.

Such changes, however, can only be successfully achieved by putting citizens’ needs at the core of the project. With CityVerve we want to go further than connecting devices for the sake of technology, and transform the city in a way that will be truly relevant to its citizens. By adopting this people-centred ‘bottom-up’ approach, the consortium will develop the city’s livability, and support citizens’ well-being as well as the local economy.

IoT Now: When was it started and which organisations are members?

NC: It all began in August 2015 as a proposal for a smart cities initiative, organised by the British Government’s Department for Culture, Media and Sport (DCMS) and Innovate UK. The initiative, which was part of a wider £40 million (€46.9 million) (US$ 50.00 million) government investment in IoT, offered up to £10 million (€11.7 million)(US$ 12.50 million) for a collaborative research and development project.

Aiming to make the UK an international leader in these pioneering technologies, the competition was looking for an integrated project that could demonstrate the capability of applications at scale across a city region.

In December 2015, we were delighted to be selected as the winner by DCMS and Innovate UK. Now in the early stages of implementation, CityVerve will create dozens of use cases over the next two years to add real value to the city.

CityVerve is led by Manchester City Council and delivered by a consortium of 21 outstanding organisations from across public and private sector, including Manchester Science Partnerships, the University of Manchester, Cisco, and BT among others.

IoT Now: How do you create a blueprint when the needs, resources, and budgets of different cities must differ as much as the cities themselves?

NC: We all know that smart cities aren’t built overnight. The process requires a thorough analysis and genuine understanding of the city’s needs. While the specific needs of each city may vary, we believe many of the challenges and opportunities will be common for many of these projects, and therefore the general approach to building and deploying a smart city can certainly be replicable.

We have seen and learnt from a number of smart city projects around the world, which have demonstrated the huge potential of IoT technologies. However, we also noted a common drawback that these kinds of initiatives share when it comes to linking up the variety of smart applications.

Therefore, instead of trying to connect disparate clusters of technologies, we decided to establish a unified platform, which will enable the intelligent collection, interpretation and use of data. What we call the “platform of platforms”, will avoid us creating data siloes, and address the different elements of the smart city together.

What CityVerve is building is a flexible and scalable platform, which will ensure interoperability and accommodate the growing needs of a living, breathing city. This will serve as a secure ‘catalogue’ of the collected data, which will continue to develop as more organisations and individuals get involved.

Ultimately, this unique platform, coupled with a bottom-up approach is what makes CityVerve a commercial and replicable model and a blueprint for smart cities worldwide.

IoT Now: Smart cities currently face issues of governance, network security, user trust and adoption, interoperability and scalability. Where and how do you start?

NC: In the process of building a smart city demonstrator, it is vital to first and foremost consider how to keep the vast amount of data secure. This naturally adds to the value of building a single smart city platform, which will not only provide connectivity and allow aggregation of all data sources, but will also have a common security policy.

Putting multiple isolated solutions under a single policy has proven to be a serious challenge across other smart city projects. The way that CityVerve solves this is by setting a security base line for every component to comply with. This integrated policy will take into consideration the individual, the device and the location of the connection to ensure there is secure access to every connected user.

We recognise that privacy around data is paramount, and gaining trust is essential to ensuring residents in a smart city adopt and partake in the deployment. This is why we are also planning to establish a Privacy and Trust Committee, which will oversee and support the way in which the gathered data is processed by creating guidelines for privacy management that will be publicly available. That way, citizens have full visibility and can therefore be confident that their data will be respectfully handled.

NC: Today’s hyper-connected world allows previously unconnected devices such as bikes, cars and bus stops, to ‘communicate’ to each other and exchange data to help the city become smarter, safer and operate more efficiently. CityVerve will use these connections to provide real life insights and an enhanced citizen experience.

For example, by using IoT sensors to monitor air quality in real time, we can gather information about the most polluted areas and give important insights to city officials to act upon and ensure levels are kept to minimum. In the same way, new healthcare technologies such as smart inhalers and wearable sensors can be deployed and used to monitor patients’ wellbeing, providing an overview of citizens’ health status.

As the project reaches new milestones, we expect to see more exciting opportunities and applications that will help us deliver innovative solutions for Manchester citizens and allow us to continue to contribute to the city’s development.