Home › Internet of Things/Cloud Services › The Internet of Anything: Making the most of IoT data 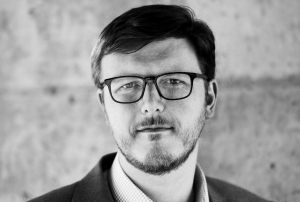 The Internet of Things (IoT) is a big growth area for 2017. This year’s CES conference in Las Vegas saw more ‘connected products’ showcased than ever before, from driverless cars and smart homes, to internet-connected hairbrushes and dustbins. It seems almost anything can now create data.

The IoT is becoming increasingly integrated into our daily lives and with this popularity brings big opportunities for businesses. Having more data around gives businesses the potential for insight and competitive advantage through an array of benefits such as analysis, operational efficiencies and new marketing strategies.

To give the predicted growth of the IoT some context, Bain predicts that by 2020 annual revenues cloud exceed $470 billion for the IoT vendors selling the hardware, software and comprehensive solutions. IHS forecasts that IoT markets will grow from an installed base of 15.4 billion devices in 2015 to 30.7 billion in 2020, then 75.4 billion in 2025, says Mike Kelly, CTO at Blue Medora & general manager of SelectStar.

But in order to turn the IoT opportunity into revenue data must be securely shared, stored, managed and analysed. One important knock-on effect has been to make databases more complex and the management burden on IT teams increase. As data grows to cope, many IT professionals to rely on disparate tools to manage database infrastructure, resulting in both complexity and inefficiencies.

Database management is decades behind

Database technology is a vital component in the IoT machine, and it too has been moving at a shockingly fast pace. The expansion from traditional SQL databases to Open Source, NoSQL, big data, and cloud databases has been rapid and dramatic. Not to mention the quick adoption of virtualisation and cloud infrastructure.

These trends combine to become a primary enabler of evolution in the IT world. Without rapid growth in the database space, the big data and IoT data analytics used by every major corporation in the world as well as the rapid development and iteration processes used by every high performing team, wouldn’t be possible. While core database technology has continued to sprint forwards, database monitoring and management technology is decades behind. For many today’s database monitoring capabilities are still focused on an on-prem, bare metal, traditional SQL world, and that doesn’t come close to matching the requirements of companies that want to make the most out of analysing IoT data.

Without a comprehensive view of the data stack, IT teams will struggle to understand their total environment of complex functions. Businesses that can effectively monitor their database layer to optimise peak performance and resolve bottlenecks (due to the sheer amount of data that can result from IoT devices) will be in a better position to exploit and use the collected data.

The Internet of Things is a force that has already started to change the way businesses see data. However, with the volumes of it that are being collected already, IT teams are struggling to understand and analyse their database infrastructure. IoT data will make databases and IT infrastructures significantly more complex and harder to manage.

IT teams therefore need to consolidate and centralise IT management tools to enable full visibility, reduce network complexity and detect underlying problems before they become issues so that businesses can make the most out of IoT data.

The author of this blog is Mike Kelly, CTO at Blue Medora & general manager of SelectStar