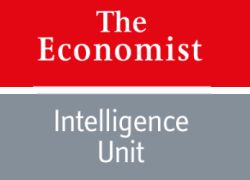 With all the conversations happening around the Internet of Things (IoT), you may be curious to find out how it is currently being implemented by the global business community.

To shed light on this issue, ARM and IBM have worked with the Economist Intelligence Unit (EIU) to release a report on the current state of IoT.

The index was generated based on results from surveying 825 senior business leaders around the world from 10 different industries.

Overall, these results indicate that most companies are still in the early phases of their IoT journey, with challenges including cost of infrastructure, security and privacy. However, the outlook is optimistic for three years from now.

There is still great optimism about the rewards ahead, according to the report, and a firm belief that the IoT holds the key to digital transformation for many firms. More than half (55%) expect IoT technologies to help them make internal cost savings and / or generate external revenue in the next three years.

Meanwhile, 47% agree that the IoT will be one of the most important parts of their organisation’s digital transformation strategy. As one executive puts it: “The IoT has been a challenge in some respects, [but] there’s potentially a huge upside here for us.”