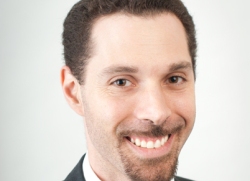 Providers of automotive navigation solutions and location-based services are grappling with a marketplace where automakers are integrating brought-in (or bring your own) navigation apps with in-dash systems. So says a new report from industry analysts, Strategy Analytics (SA).

Over the long run, however, the analysts say the need for built-in navigation in vehicles with future autonomous driving capabilities means many providers will continue to play an important role in the years to come.

The Strategy Analytics Automotive Infotainment & Telematics service report, Automotive Navigation Solution Providers Overview, provides forecasts for hybrid navigation (built-in navigation software with cloud-based capabilities) as well as smartphone-enabled navigation; showing growth in both categories as automakers strive to strike a balance between giving vehicle owners use of the navigation apps they use on their mobile devices while simultaneously laying the groundwork for a future where autonomous vehicles will require hybrid navigation in order to communicate routing information and current location to vehicle occupants.

This report profiles a number of companies in the automotive navigation and location-based services, including HERE, TomTom, NNG, Mapbox, INRIX, and others as well as the impact that tech giants, such as Apple and Google, are having on this market segment and will have in the years to come.

“In the short term, brought-in navigation applications that can be used via in-dash infotainment systems due to the widespread use automakers’ use of smartphone integration platforms, such as Google’s Android Auto and Apple’s CarPlay, will lead to pressure on traditional navigation solution providers,” said Greg Basich, senior analyst with Strategy Analytics’ Automotive Infotainment & Telematics service.

“Over the long run, however, there is still a definite need for built-in navigation with cloud-based capabilities as the industry moves toward a future where autonomous and shared vehicles are common.”

“They are also focused on developing a range of solutions for autonomous driving, though in the context of infotainment, the vision is for navigation that provides critical location, traffic condition, and routing information in both manual and autonomous driving modes.”

For more information about this report, use this link or visit Strategy Analytics’ website to find out more about the company’s Automotive Infotainment & Telematics service.