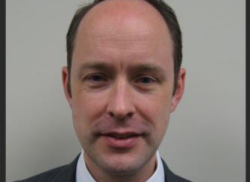 As traditional IT hardware business continues to commoditise, technology companies are looking for new industries to disrupt. The global automotive industry, with almost 90 million annual sales, provides a huge opportunity with global reach. In this blog, CPA Global shares patent trends following an analysis of the automotive industry.

The automotive industry is a significant force in driving global innovation and technological leadership, says Matt Luby, director of Analytics, Asia, CPA Global. Since 1999 the number of patents awarded in the manufacturing industry has increased by 3%. The number of patents awarded to the auto industry has increased by 10%. What can intellectual property (IP) tell us about the future of automotive?

A 21st century car often represents the most refined technology a consumer owns, and automakers are continuously trying to implement high-tech to vehicles. Automakers are ranked amid the world’s most innovative companies, developing technologies such as: adaptive cruise control; automatic braking; and telematics control systems among many others.

Auto companies register an increasing number of patents each year to protect these innovative technologies, employing a highly skilled workforce to design and build their products.

Technological improvements in computers, smartphones, wireless communications and the cloud have converged to advance safety for connected consumers. According to ABI Research, the percentage of new vehicles with factory-installed telematics, is likely to increase from 10 percent in 2010 to 62% in 2016.

Vehicle-to-vehicle (V2V) information sharing and communication is another developing area of technology. Vehicles will soon be able to notify cars that are miles away from approaching congestion, preparing drivers to slow down. “Smart” intersections and motorways will allow signs and traffic lights to communicate with these same vehicles, with sensors to report when a vehicle fails to stop at a red light.

This field of development already includes patents filed to cover Vehicle-to-pedestrian (V2P) innovation to improve safety of pedestrians by notifying them or notifying the driver that each other is present.

Auto companies are also starting to use nanotechnology and nanomaterials to improve the performance of new cars. Nanocomposites can be used in bumpers and other body components to make vehicles up to 60% lighter, but twice as resistant to denting and scratching. The cross-pollination of technology and automotive sectors is driven by consumer needs, but raises concerns about IP ownership for automakers. The technologies found in modern cars were not invented by the automotive industry, which means automakers do not own the original IP. One European automaker has been at the receiving end of 119 lawsuits for technology implementations.

There is further potential for industry disruption at the hands of autonomous-vehicle technology. However, leading automakers – not technology companies – are in the best position to progress with new innovations and designs.

Prolific automakers like Ford and GM are dominating the self-driving patent landscape, but a number of more specialised technology and research institutions also have a healthy portfolio of related patents: LG; Samsung; Waymo (Google/Alphabet); and Amazon have all contributed significant IP.

Self-driving cars have been poised to dominate the automotive industry for some time, but as testing continues and more companies join the competitive race – other innovations are accelerating into the limelight. Toyota recently filed a patent for a “stackable wing for an aerocar”, there is a focus on vehicle self-diagnosis, reconfigurable body panels and even active health monitoring for drivers. Fiat Chrysler’s concept car, The Portal, showcased what happens when a vehicle becomes self-driving at CES 2017.The steering wheel retracts; there are personal entertainment zones for different passengers; the doors slide open wider, and so on.

The automotive industry is a fluid and rapidly developing space, for companies that produce a revolutionary new invention, or create an innovative new product design – there is a need to protect these ideas as your own. By defending IP through patents and trademarks, IP owners create the legal underpinning necessary to safeguard ideas and prosecute portfolios.

Self-driving technology and the continuous innovation being displayed in the automotive industry will act as a catalyst for further automotive development and strategic partnerships that will generate breakthrough technologies. In an environment of constant innovation, it is important for auto companies to ensure the right resources, IP information and strategic partners are in place.

The author of this blog is Matt Luby, director of Analytics, Asia, CPA Global