Home › Blogs › How the IoT can help the police solve crime 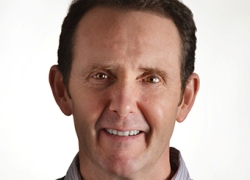 CCTV is widely used in the UK to protect people and property. The UK has between 4 and 6 million CCTV cameras, according to the British Security Industry Association (BSIA), and the material they gather should, in theory, be able to provide evidence in the event of potential criminal activity.

However, there has been recent criticism of the Metropolitan Police for failing to solve crimes because they are not investigating CCTV footage in a timely manner and sometimes not at all.

A look beyond the headlines shows that the key issue is not a lack of surveillance but getting the CCTV footage to the police quickly. Unfortunately most CCTV material is not easily accessible. Someone has to physically go to where the recording device is located, find the relevant footage and then put it onto a disk or USB stick so the police can collect it to review, says James Wickes, CEO and co-founder, Cloudview.

If the user cannot download the footage from their system, the police frequently end up taking the entire DVD recorder! And because many CCTV systems do not provide oversight, all too often the user gets to the site only to find that their cameras are out of order, so there is no recording of the incident. I estimate that only around 1-2% of CCTV footage ever gets viewed.

It’s an issue of which I have personal experience. After an attempted break-in at my home I found that, although many of my neighbours had CCTV, it was incredibly difficult for the police to access the footage and piece together the sequence of events to help the police identify those responsible.

This is where the Internet of Things can make an immediate and practical impact. By using it to connect CCTV cameras securely to the cloud, visual surveillance material can be stored safely for as long as required. It can be viewed by any authorised person from any location using their smartphone, tablet or PC, and emailed directly to the police if required so they can look at it immediately rather than having to go and collect it first – a much better use of their resources (and taxpayers’ money).

Another advantage is that criminals often damage or destroy CCTV equipment. Using the IoT ensures that the evidence is out of reach, except by those authorised to access it.

It is of course vital to ensure that security is maintained, both when transferring footage to the cloud and in storage. However, solutions are available in which visual material is encrypted both when in transit and while being stored, ensuring it remains secure and thus meets the requirements of the Data Protection Act (DPA).

This can be implemented by simply adding a smart adapter to existing video cameras, providing IoT connectivity, security and accurate date and time stamping.

One organisation already using this type of system is housing association Family Mosaic, which uses CCTV at many of its sites to assist in protecting residents and property from antisocial behaviour such as vandalism and fly tipping.

When there was a recent issue with someone accessing one of its properties to try and steal mail (a criminal offence), the Neighbourhood Manager could send CCTV footage to the police immediately so that the culprit could be identified. In the past it could take the police up to two weeks to collect a USB stick.

Being able to access the system remotely also means that individuals who may be carrying out the antisocial behaviour do not realise that CCTV footage of their activities is being reviewed. In some cases, it can be dangerous to go on site to access the DVR as the offenders may want to prevent the organisation obtaining the evidence. Now Family Mosaic can look at the video from any location, or provide access to the police if appropriate.

In my view, this type of application is what the IoT is all about. Smart fridges are all very well for looking after your food but when it comes to crime no one likes a cold case!

The author of this blog is James Wickes, CEO and co-founder, Cloudview