Home › Blogs › The day of the smart appliance is finally dawning 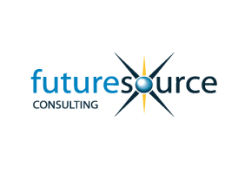 Smart appliances have been available for many years without making much impact on the US$74 billion worldwide Laundry and Refrigeration market, but research from Futuresource Consulting indicates that this may be about to change.

Currently less than two percent of the worldwide market for Laundry and Refrigeration is accounted for by smart devices, even though the world’s first connected fridge was launched back in 2000 by LG. The topic of when (or even if) these products will take off has been hotly debated in the industry ever since. Brands have struggled to propose killer applications which appeal to the consumer and such devices have been relatively expensive compared to the benefits they might bring.

Futuresource, which first started tracking the Smart Home market in 2001, believes that the inflection point is fast approaching in the next two to three years; one which will see smart features rapidly become widely available in mainstream appliances. So why the optimism? What will drive this?

As with so many consumer products, success or failure revolves around industry push and consumer pull factors. It is evident that the initial impetus is coming from the vendors, whilst the appeal for consumers is rather less clear, says research analyst, Guy Hammett, research analyst of Futuresource Consulting.

The vendors are convinced they are on to a good thing by pushing Smart devices. LG and Hoover have committed to implement connectivity within all their appliances this year. Bosch (world #4) and Samsung (#6) have announced plans to follow suit by 2020. Key to this is the declining bill of materials cost of the electronics involved in making an appliance connected. This is crucial as two-thirds of consumers say they would not spend more than an extra 10% for the inclusion of smart features in an appliance.

As a result, once a brand has decided to offer smart features and made investments in the underlying electronics, app design, support and infrastructure it now makes sense for that brand to roll the technology down through its product ranges rather than restrict it to the high end. Manufacturers also have to plan well ahead to future-proof their devices as – unlike mobile phones – appliances have long life cycles.

These factors, plus the knowledge that the first movers can achieve competitive advantage, leads Futuresource to anticipate that Smart features will become standard fit for all the major players even though applications have still to evolve. Vendors such as Samsung and LG will also seek to leverage their wider portfolio of products ability to offer a more integrated Smart Home experience.

Vendors know that smart appliances will feed back a rich stream of highly accurate data on how their products are being used. This will pave the way for remote diagnostics, making repairs much cheaper and quicker and enable them to improve their products accordingly. Brands will be able to offer strong service propositions, creating the prospect of longer term revenue streams, moving past the traditional one-off sale. For example, a brand which offers a smart refrigerator with internal cameras may be able to deduce how consumers store their food and for how long. They may even choose to sell this information on to the food industry.

So there is little doubt that it is in the interest of the industry to roll out Smart features. But will consumers accept them? Futuresource’s smart appliance research reveals that less than 30% of consumers agree that current smart offerings would provide long term benefit.

Whilst security, monitoring, energy efficiency and convenience are drivers of Smart Home products generally, these opportunities are not so clear-cut in Laundry and Refrigeration. Despite the most advanced smart features, one still has to be in front of the washer to load/unload the clothes and similar issues remain with packing/unpacking the fridge. Appliance monitoring and security is potentially more intriguing.

Futuresource consumer research found that the most interesting smart features for consumers were refrigeration devices that can send an alert when temperatures rise and appliances that can inform users when there’s a danger of overheating. However, these benefits have not been well articulated to consumers, with vendors preferring to focus on more eye-catching innovations such as built-in displays on which to show menus, or even TV shows.

Despite the lack of compelling use cases from the consumer point of view, we at Futuresource expect smart appliances to comprise over 50% of the total home appliances market by 2021, primarily driven by the industry. With a widening adoption of other Smart and IoT devices driving up awareness and appreciation of connectivity benefits, those vendors whose products offer greater interoperability and can work within a larger Smart Home ecosystem are poised to gain market share.

However, the industry will face an uphill task in persuading consumers that the benefits are so great that they should upgrade their current appliances any sooner than they would have done otherwise.

The author of this blog is research analyst, Guy Hammett is working on Futuresource Consulting’s forthcoming Worldwide Home Appliance Market Report, due in March 2017.