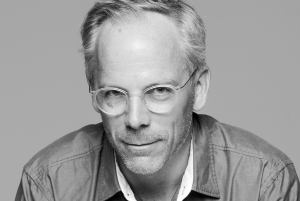 Barcelona was the scene of another festival of technology, as the world’s most influential companies, journalists and engineers travelled to Mobile World Congress (MWC). MWC tends to be associated with new handset launches, but this year’s show was about more than just devices.

There were indeed notable mobile handset stories, with some iconic brands making stunning comebacks, defying beliefs they had been consigned to history. The dominant themes, however, were technologies providing the basis for the next generation of mobile devices, namely 5G and the Internet of Things (IoT).

The year of the comeback

If you’d told someone a year ago that Nokia and BlackBerry handsets would be making a comeback, they might not have believed you. The former, once the world’s largest phone manufacturer, gave up trying to compete with Apple, Google and Samsung in 2014 to focus on networking, while the latter has rebranded itself as a cybersecurity company, says Rémi de Fouchier, vice president Mobile Solutions & IoT at Gemalto.

However, at MWC this year HMD Global, which now owns the rights to make Nokia branded phones, released an updated version of the legendary Nokia 3310. BlackBerry, meanwhile, displayed its new Android smartphone.

With Samsung choosing not to reveal a new phone handset, and Apple and Google not making big announcements, the comeback kids stole the headlines. The question is, will the handsets sell?

Connected cars to hit the mainstream

We’ve got bad news for budding Formula One drivers; MWC17 demonstrated how drivers are going to be far less important to the functioning of a car, as the IoT and Artificial Intelligence (AI) takes over. One of our favourite innovations was the world’s first driverless supercar, capable of reaching speeds of up to 200mph.

Manufactured by Robocar, the vehicle works through a combination of sensors and powerful cameras. The car’s operation is guided by algorithms, which means computer experts may decide the races of the future rather than the likes of Lewis Hamilton.

As the technology and new business models behind connected cars evolve, the Automotive Industry is transforming into what is called New Mobility. One of the big themes here is linking connected cars with the digital life of the driver or passenger, making them fully personalised.

One notable development is the Virtual Car Key (VCK), a first example where the key, as part of a digital Car ID, will need to be securely stored on the end user mobile device. Opening a car and starting the engine is a crucial element of any comprehensive mobility app, and we’re likely to see many more developments in this area over the year ahead.

AI at MWC wasn’t limited to cars, with the technology appearing in many other areas. Future handsets from many manufacturers promise more advanced versions of virtual assistants like Siri and Cortana, which will learn from their user’s habits.

Elsewhere O2 announced it would be turning to AI to manage customer service, speeding up processes and cutting costs. Similarly, Samsung announced it would be using an AI bot to train retail staff in managing customer queries. Clearly, organisations are recognising AI’s ability to not only improve the user experience, but also streamline operations and enhance the customer journey.

The potential of 5G and smart cities

5G represents the next generation of telecoms standards, ushering in a new era of connectivity and smart infrastructures. While we’re still some way off the technology being widely available, at MWC we saw many announcements about IoT-optimised machine-type communication and LTE Cat NB-IoT networks, technologies which are paving the way to 5G.

One area in which 5G will play an ever-important role is Smart City technology, which can be used to improve efficiency and benefit the environment. With billions of embedded sensors, governments and companies will be able to better monitor carbon emissions and track pollution levels.

At the show, AT&T and GE announced a partnership to deliver environmentally-friendly IoT technology to cities across North and Central America. Intelligent sensor nodes will power a new generation of street lighting which will be fully integrated within light poles, allowing city governments to use existing poles and equip them with energy-efficient LED lighting.

We took this a step further with a demonstration of a smart city lighting and Electric Vehicle charging solution which uses smart sensors to transform street lights into intelligent platforms. Lights can be dimmed on demand depending on need, saving 50-80% in energy consumption, but they can also be used to alert and direct drivers and pedestrians to free parking spaces or charging stations.

5G technology based on the same principles can be applied to traffic, parking, and waste, enhancing city governance, and making it more environmentally-friendly.

Of course, for the smart city to work, the underlying infrastructure needs to be intelligent and secure. To enable a functioning street lighting system, for instance, there needs to be a secure connection between the lamps and a central control system.

It is a complex process, with the potential for an undetected weakness in one part potentially compromising security for the entire system. Those building critical infrastructure and solutions for smart cities need to think very carefully and holistically about the networks and systems they are connecting, whether it’s car park, traffic or waste management projects they’re looking after.

It’s clear MWC17 wasn’t just about mobile handsets. While product announcements from Nokia and BlackBerry were the key focus for some, this year’s conference should be interpreted as one dominated by the IoT connectivity solutions of the future; 5G, smart cities and connected transport. With the show over for another year, governments and other key stakeholders will need to keep collaborating on the best ways to connect, secure and monetise their IoT strategies to find success in the years ahead.

The author of this blog is Rémi de Fouchier, vice president Mobile Solutions & IoT at Gemalto