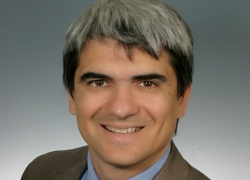 Future generations of cars will pack in more sensors and processing technology than ever before, with cameras, radar and lidar all featuring heavily and making it possible for cars to actually drive themselves.

Just like humans, who rely on a host of different senses including sight, sound and touch to keep on top of what’s happening in and around their cars, autonomous cars rely on different types of sensors to map out the world around them, says Davide Santo, Global ADAS Microcontroller manager at NXP.

Camera, radar and lidar (light detection and ranging) sensors all have something different to offer original equipment manufacturers (OEMs), from cost effectiveness to cutting-edge features, but just what difference do the sensors actually make to autonomous driving, and which technology is likely to play the biggest part in the future?

Lidar is a technology that uses light and lasers to measure distances and create high-resolution maps. It can scan more than 100 metres in all directions, mapping obstacles, other vehicles and the world around the car, gathering enough data for processors to make informed decisions on how to react. Unlike the human brain, a processor can also choose the best course of action almost instantly, and the comprehensive nature of lidar makes it the ideal technology for autonomous cars.

It’s not perfect, however, with much higher costs than either radar or camera. The fact that lidar generates such huge amounts of data that need to be processed instantly also adds to the cost, making it a slightly less attractive option when OEMs are working to tight budgets. With more companies turning to lidar in the development of fully autonomous cars in the future, though, we are likely to see costs come down.

Radar has been around for decades, and has been used in everything from the aerospace industry to submarines, and the tried-and-tested technology offers a host of traits that are ideal for autonomous cars. Like lidar, it can measure the distance – and even angles – of objects around a car, but radar uses radio waves instead of light.

Cost is one of the biggest benefits, and because radar doesn’t generate anywhere near the same amount of data as lidar, it doesn’t need super-powerful CPUs to process the information, either. It’s also easy for OEMs to purchase complete radar systems, with class-leading companies like NXP selling packages that include everything from processing units to the radar sensors themselves.

Throw in the ability to ‘see’ objects irrespective of weather conditions (unlike lidar or cameras), and to spot obstacles even when line of sight is restricted, and it’s clear that there’s still a place for older sensors like radar on even the most cutting-edge of autonomous cars.

Look at other industries – robotics, for example – and we’ve seen companies use cameras as ‘eyes’ for years. And in theory, they’re perfect for autonomous cars, giving vehicles the ability to capture the same world that humans see.

Costing comparatively little to buy, high-definition cameras can be placed all around an autonomous car, making it easy to monitor what’s happening in any direction. Unlike radar and lidar, camara sensors also make it possible for cars to recognise colours, which could prove invaluable on the road.

The apparent cost benefits are offset, however, by the requirement of powerful CPUs and enough memory to make sense of millions of pixels for every frame a camera shoots. At 30ps or higher, that’s a lot of pixels, and that sort of processing power doesn’t come cheap. The sensors can work together seamlessly along with other technologies like V2X (vehicle-to-x) systems to provide information on traffic lights, emergency vehicles or pedestrians approaching.

All these technologies together help autonomous cars map out the world around them, and if conditions aren’t optimal for one type of sensor to shine – lidar faces limitations in fog and snow, for example – autonomous cars will still be able to gather the data required to drive safely from its other inputs. Adding other data inputs is also beneficial in case of technical failures, providing a safety net in emergencies.

The author of this blog is Davide Santo, Global ADAS Microcontroller manager at NXP