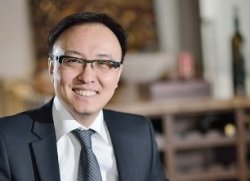 Actility, a provider of Low Power Wide Area Networks (LPWAN), is to co-invest in a new corporate entity called ThingPark China, along with Ginko Ventures, in a move to speed the deployment of LPWA across China.

The establishment of ThingPark China is another step taken by Actility to develop comprehensive end-to-end IoT solutions dedicated to the Chinese market and its users.

The ThingPark IoT solution was launched by Actility to provide services to a wide range of customers in Europe, China, Australia, Japan and the Americas. China is an opportunity like no other in the IoT market, says Actility, and it is estimated that one-third of the world’s 15 billion connected devices in 2020 will be in the People’s Republic of China (PRC).

Actility and Ginko Ventures have appointed Bing Liu as the chief executive officer of ThingPark China. He will be responsible for defining the company’s long-term strategic plan, developing products and business solutions, and managing its general operations.

Referring to his new appointment at ThingPark China, Liu said: “The global deployment of LPWA is ushering in an important turning point in large-scale IT deployments. Additionally, vertical application development and production have entered a critical stage of commercial operation.

Actility has always been focused on the development and progress of IoT, and the ThingPark solution has become the first choice of many top-tier communication operators and companies.”

Liu added, “Ginko Ventures’ strong capacities in investment and technology manufacturing will help to lay the foundation in promoting large-scale IoT development in China, and the integration of upstream and downstream resources.

As an essential step to creating an IoT ecosystem, ThingPark China will actively cooperate with communication operators, system integrators, and corporate customers, and strive to upgrade the industrial infrastructure and large-scale IoT development in China.”

Before joining Actility, Liu served as the general manager of Greater China for Jawbone, a global brand of consumer electronics and wearable technologies. He also worked as the vice president of Operations & general manager at Technicolor (formerly known as Thomson), building Technicolor’s Asia Pacific operations and supply chain from ground up. In his earlier career, Liu worked and served in key engineering and operation positions in companies such as Motorola and Lucent Technologies.

“Over the past 20 years, Bing has been served in a number of roles in general management, production and business development, sales operations and supply chain in the areas of hi-tech, wireless and telecommunication and consumer electronics.

He has successfully led large-scale business operation roll-out and expansion, team building and organisational development for both multinationals and start-ups,” said Mike Mulica, CEO of Actility. “I believe that Bing will lead ThingPark China to huge success as a leading player in the IoT in the region.”