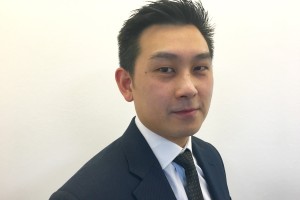 Part one of this series looked at how the data collected by autonomous cars can be analysed and used by insurers and car manufacturers to constantly develop and improve both vehicles and their risk. The next step is to consider how that data can be used and ‘learnt’ by the cars themselves.

All of us have ‘pre-planned’ routes in our heads. It might be the school run in the mornings and evenings, or the weekend trip to the shops, it might even be a regular visit to a relative. These are roads that we know well and drive all the time. When we’re on these familiar journeys, it can sometimes feel like we’re driving on autopilot.

But we’re not. The simple act of having driven a journey hundreds of times means that we’ve learned the route, not only in terms of where we drive, but also in terms of how we drive it. We may remember a time that someone pulled out in front of us at a roundabout and, following that, always approach that particular stretch with caution, says Andrew Lee, head of Market Intelligence and Analysis at Octo Telematics.

We may notice that the left wheel always slips at the same corner and learn to give it a wider berth to make sure we avoid that patch of uneven asphalt. This is a continuous process as we programme the ‘quick trip to the shops’ into our internal GPS with even more data every time we drive that route.

This has significant implications for automakers, road users and insurers.

Autonomous cars will have to do the same thing. They will have complex tracking systems in place to find the best route to our destination and it’s likely that we’ll be able to preset frequent routes. However, just like a human driver, they will also learn from every trip they do.

If a car drives to the shops 100 times, it may collect data that showed that there was an issue at a roundabout on 45 of those trips and the car will be able to understand the conditions that lead to the issue. From then on, the car will approach that roundabout differently depending on those conditions.

The variables that go into planning a route will go beyond issues such as the weather conditions and actually learn such things as the condition of the road in certain spots. Every trip will yield new and fresh data to be processed by the algorithms and improve the safety and ‘driveability’ of each route. Of course, without machine learning and ever-improving AI, storing, sorting and analysing this data will be next to impossible.

However, we aren’t always on the same routes. If we’re going on a long road trip or even just visiting a friend in their new house, this will be the first and potentially only time we travel to that destination. For the human driver, this can be a fraught affair. Not only do we have to make sure we don’t get lost, but at the same time we’re adjusting to the conditions of an unfamiliar road.

In this respect, the autonomous car has the advantage. While this may be the first time for one person travelling this way, it’s not going to be the first time it has ever been driven. This is similar to the sharing of ‘the knowledge’ of taxi drivers. However, a taxi driver cannot reference updated data in real time as a connected car will be able to.

Autonomous cars will be constantly recording data and uploading it to the cloud. Agreements between companies will make this data available to all road users. Therefore, even if a vehicle has never travelled a road before, it can still make use of the combined wisdom of all the cars that have been there first.

OEMs in Germany such as BMW, Audi and Daimler are in the process of creating a data-sharing partnership to achieve just that. Building a constantly-learning ‘database’ in the cloud which vehicles can access immediately is a crucial first step to creating the smart driving ecosystem.

However, during that transition period, there will be a number of vehicles that will effectively be ‘blind’ and unable to communicate. During this period, autonomous cars will have to carry the burden of road safety and be armed with a barrage of telematics and visual sensors to locate themselves and any errant human drivers not fitting into the automated ecosystem. These sensors will gather data to register the autonomous vehicle’s place on the road, as well as the position of other road users in order to anticipate and react to traffic patterns.

This ‘reactive’ use of sensors will still yield data that can be learnt by the car and other road users, however. For example, if there is a traditional car that has broken down and is causing an obstruction, this can be communicated with other autonomous vehicles for inclusion into their journey planning. This will be achieved without any data being transmitted from the stricken vehicle itself.

It’s important to remember the real mission of a vehicle. It’s not just about getting from A to B, but achieving this in the safest and often quickest way possible—safety being the primary concern. Insurers will be very interested in the ever more detailed route data that becomes available.

The more granularity and understanding of exactly how roads are being driven and need to be driven, the more accurately insurers can price risk. Using algorithms and machine learning to develop their databases will help them make sure that they are providing the appropriate level of cover at the right cost.

The safe implementation of driverless cars will only be achieved through amounting incredible amounts of data that can be updated and accessed in real time. Increasingly sophisticated machine learning will provide us with the ability to effectively utilise this data, gathered from the increasingly sophisticated hardware of the vehicles themselves.

The author of this blog is Andrew Lee, head of Market Intelligence and Analysis at Octo Telematics