Home › Internet of Things/Cloud Services › Let’s face it, there will be no hiding in the future 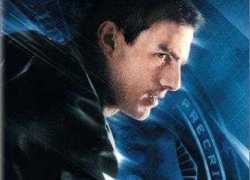 One of the most interesting movies in the past couple of decades was the Minority Report. Perhaps one of its biggest impacts on society was alerting people to how technology may be used in the future by Law Enforcement.

While I put aside the idea of the “pre-cogs” for a second, it was the part about how body parts were scanned that rings true to home. In the movie, facial and body recognition software was commonly used, even by retailers to identify returning customers.

Well, the age of facial recognition is here. Are we ready for it?, says Larry Bellehumeur, M2M / IoT Consultant, Novotech Technologies.

What is the big deal, you may ask?

Ok, if you walk down a busy street today in a city like London or New York, you might as well be constantly smiling as you are being filmed/photographed like you are a celebrity by the paparazzi. I think most people are just used to this fact. However, what if it became more than that?

Let’s imagine that every one of these cameras deployed some sort of facial recognition software. What is to stop them from being used to identify anyone? Have we lost all of our privacy?

It makes sense that Law Enforcement would use such a tool in public places – like airports and sporting arenas – as the threats likely outweigh any potential loss of privacy. But what about retail stores? Is it reasonable for my face to be put through a criminal background check when I have done nothing wrong aside from being dragged along on another shopping trip?

And, you may think, “Well, what is the big deal? I pay my taxes, have no warrants and have nothing to hide?” Yes that may be true, but this technology is not fingerprinting and it has a relatively high error rate. So, imagine one day you get gang-tackled by a SWAT team in the middle of a mall while you are on your lunch break because the technology gave a false positive for someone the police were actually looking for?

As someone who started off their professional life with the intent on going into Law Enforcement, I generally favour giving them more tools to keep us safe. The idea that criminals may think twice about committing some crimes for the fear of being identified does provide some comfort. However, it is really worth giving up any sense of privacy that we may have left? If you have issues with this, speak up now, or be prepared to smile a lot more every time you go to the mall in the future.