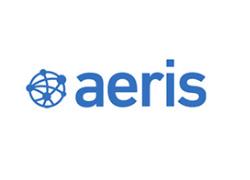 Security has become a growing concern in the Internet of Things (IoT) industry. Without robust protection, self-driving car networks easily could fall under nefarious control, and sensitive healthcare and industrial data could be intercepted and sold to the highest bidder.

Reliable, preemptive security protocols are needed in order for IoT applications to continue to flourish, says Carmi Brandis of Aeris. And one technology promises to be more secure than any other at a price point that remains attractive to IoT hardware and smartphone manufacturers: a security chip no larger than a pencil eraser.

The little chip that could

SK Telecom, a wireless telecommunications company based in South Korea, has developed a security chip that is only five square millimetres in size. Don’t let the chip’s tiny footprint fool you though; it is a future-proof solution to security.

And in some cases, hardware manufacturers and installers use the same security verification numbers over the lifetime of a device, which can dramatically increase the device’s vulnerability and allow outside parties to tamper with its data.

To understand how quantum shot noise potentially can protect devices now and in the future, it’s necessary to understand how encryption keys are created ‒ and how they are cracked. While using the same numbers for encryption keys on a device is an open invitation to hackers, current computers have a hard time cracking the security verification numbers generated by complex, semi-random number generators.

But the safety of semi-random numbers will cease when quantum computers become a reality. Quantum computers will be much more powerful than the computers currently attempting to crack mathematically derived encryption keys.

Quantum shot noise is more than a buzzword; it’s a scientifically tested principle that relies on the ricochet of light waves that produce patterns that always are random and unique. SK Telecom’s security chip generates quantum shot noise with two LEDs inside the chip itself.

The LEDs generate photons that bounce around inside the chip and are detected by a Complementary Metal-Oxide-Semiconductor (CMOS) image sensor within the chip. The shot noise is the final image detected by the CMOS sensor, and it is this shot noise that truly is random.

The new security chip is estimated to cost a few dollars, making it a very attractive option for robust, future-proof security. While smartphone manufacturers may be able to hold off on implementing this technology for a few years due to the lower lifespan of their devices, long-term IoT solutions and hardware will benefit greatly from the early adoption of quantum shot noise encryption chips.

Autonomous cars, industrial and civic IoT applications and IoT healthcare rely on devices whose lifespans may reach into the future of quantum computing. This little chip has the power to make the future a little more certain, and a lot more secure, for long-term IoT applications.