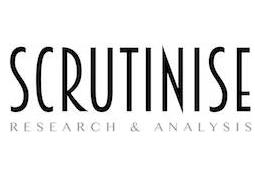 The report, published jointly with technology content marketing agency Ilex Content Strategies, finds that immediate action is required to avert potentially disastrous security breaches of connected devices by cyber terrorists and criminals in the current ‘Wild West’ of the IoT.

The report recommends a four-pronged approach to prevent security breaches of IoT devices that could have wide reaching consequences:

“Given that the proliferation of connected devices goes way beyond smartphones and home entertainment to include medical equipment, connected cars and even power plants, urgent action is needed to improve the security of these devices to ensure we are not vulnerable to those who might seek to exploit current weaknesses.

Everyone in the IoT ecosystem shares a responsibility to improve security,” said Sacha Kavanagh, co-Founder and senior analyst at Scrutinise Research and Analysis.

At present there are no specific IoT security standards or regulations, leading to a ‘Wild West’ situation where security is at risk of being compromised. The report features comments from industry experts from the IoT Security Foundation, the GSMA, Cisco Systems and Trustonic, amongst others.

“Manufacturers and developers should build security into the design of their IoT devices, services and apps, and should be commercially incentivised to take their responsibilities seriously. Led by manufacturers and service providers, consumers also need to be educated about the potential threats and how they can use IoT products safely and securely,” said Paul Ridgewell, co-founder and senior analyst at Scrutinise Research and Analysis.

The report details how more partnerships and collaborations between tech firms on both the equipment and service sides of the fence are needed, as well as with manufacturers in other industries that will become part of the IoT supply chain.

“It’s great to be tackling some of the big technology issues that have the potential to shape our society and the way we live for years to come. The IoT has moved beyond hype but how it is used is still evolving. A consumer education programme will be needed to make sure that devices and data remain safe.

Likewise we anticipate governments will need to incentivise manufacturers to build security into their devices as part of any regulatory framework,” said Lucia Barbato, director, Ilex Content Strategies.

The report is available to download in full here.