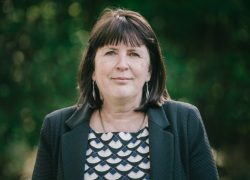 Nicola Yates OBE has begun her role as chief executive officer of the UK’s centre of excellence in urban innovation, Future Cities Catapult.

As a thinker and practitioner on public service delivery, Nicola has reportedly been at the forefront of urban regeneration for the past 10 years, holding CEO positions at Bristol City Council, Hull City Council and North Shropshire District Council. Among other successes in delivering local economic prosperity, she helped established the internationally recognised ‘Bristol is Open’ initiative in 2014, working with Nokia, NEC, and Interdigital Ltd.

During Nicola’s time at Bristol City Council, the European Commission awarded the city ‘European Green Capital 2015’, firmly positioning Bristol amongst the ranks of previous winners that includes Stockholm, Hamburg and Copenhagen. Other achievements under Nicola’s tenure include the UK City Index naming Bristol as the leading Smart City outside of London, and the city being declared the ‘Best Place to Live’ in England in 2016 by the Sunday Times.

“With a wealth of experience in smart city policy and practice, Nicola is the perfect fit to lead our business as it continues grow both in the UK, and internationally.

“We also owe a huge debt of gratitude to Peter Madden OBE, who helped build the organisation into what it is today, and we wish him well for the future. I am pleased that he will continue working with the board and executive management team in a part-time ambassador role from July.”

“I look forward to working with the brilliant entrepreneurial team here to break new ground in our mission to advance urban innovation, to grow UK companies, and ultimately, to make cities better.”

Dr Ruth McKernan CBE, chief executive at Innovate UK, added: “The mission of the Future Cities Catapult is to advance urban innovation, to grow UK companies, to make cities better. Innovate UK is looking forward to the impact Nicola Yates will make in her role to succeed in this exciting task.”

Future Cities Catapult is a global centre of excellence on urban innovation. It convenes businesses, universities and city leaders to develop new products and services to tackle the rapid speed of urbanisation, reducing innovation risk and unlocking business and export opportunities.

Peter Madden OBE, the current CEO will support Nicola in the transition and will then remain with the organisation for a further 12 months in a part-time ambassadorial role, to provide continuity and help complete ongoing initiatives. 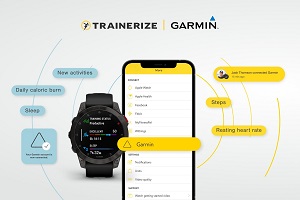