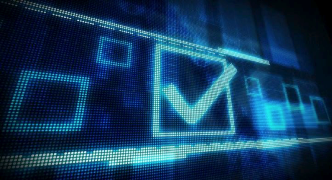 Billions of devices around the globe are being connected to each other, communicating with each other, working as a certainty, every day! How fascinating is that? The benefit of this gigantic network can be classified in many terms.

However, in the end, the only thing that matters is the growth of a business. A business model makes sure not only a positive outcome but also enough savings to be used in growing the hub wider. Competition is on, says Yash Mehta.

Microsoft Azure IoT, IBM Watson, and many such Internet of Things platforms are working well in improving overall growth of a business, saving costs, and increasing revenues as well. Let’s get some insight on how these Internet of Things (IoT) are helping industries for making a better progress in this era of digits.

If compared with commercial Internet of Things, the Industrial IoT (IIoT) today is way more advanced. If IIoT has to be defined in simplest term, it may sound something like this, “Improving inefficiencies and increasing revenue using electronic sensors, analysing data, and automating systems.” Saving maintenance costs and increasing revenue needs some preliminary process get done. And, all the preliminary jobs are efficiently done with IoT.

Most industrial companies have conservative engagement teams for any kind of equipment failure during production. When any machinery breaks down, fail to keep on progress, they get in there and fix that out. This is a positive approach but a sudden failure in vital equipment leads to cut off in overall profit, excluding the maintenance cost.

For that case, placing sensors in industrial equipment and connecting them with IoT network to predict equipment failure in advance can provide the opportunities to look over and fix the initial problems before they get nastier. The smaller a problem, the lesser the maintenance cost.

IoT also keeps a deep mark in safety purposes for an industry. As safety and security are among the prime aspects of any industrial hub, a fair amount of investment is used in this aspect. Whether it is an external physical threat, a cyber threat, internal accidental cause, or keeping the important sensitive data safe, a high-level security is a must, says the IoT debt study by Paul Billygraham.

IoT improved the safety and security of an industry or business hub with integrated sensors, security cameras, and more. The evolutionary idea of IoT made it a lot easier, energy efficient, and low cost. And most importantly, it ensured a high-level safety and security from any kind of possible threats.

Real-time data tracking options are being opened by IoT. Predictive maintenance using sensors is a great way to save maintenance costs in industries. The same innovative idea of using sensors with IoT can be used in analysing useful equipment and tracking them for precautions. Keeping a track of consumption of energy or fuel can help in making an earlier prediction for future necessity. It also provides an initial measure of how much effort required and what will be the outcome.

Either it is an existing well-established competitor, or just a start-up struggling for a good position, Big Data analytic plays a big role in the growth of all kind of companies. Without the Internet of Things, Big Data analysis is laborious. IoT has much more to provide. Just make sure which platform is the right pick for a certain business.

Big Data analysis ensures less material waste, future strategy with potential outcome, and more factors that positively impacts on the growth of the industry. Saving production cost and increasing overall revenue is made sure by data analytics.

Summing up – Increased productivity and improvement in cost saving

Growing productivity plays a big role in the growth of any business. With the help of Industrial IoT, training employees, improving labour efficiency, and reducing skills mismatches are all done. It’s the same with boosting organisational productivities as well as reducing the production cost.

To measure the overall profit from these factors, addition won’t be precise but multiplication is. Definitely, Internet of Things platforms help industries to save costs and increase revenues.

The author of this blog is Yash Mehta is an IoT and Big Data Science expert. He is an award-winning writer appearing in many publications. 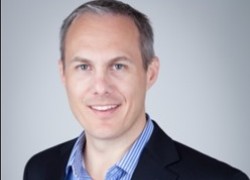 The greatest expectations for MWC 2017
Comments
Leave a response

Frost & Sullivan brings in new and combined sensors with real time and c...
Next

UK based start-up Stonelin bring its IoT tracking technology to market in Eur...