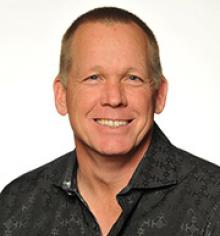 “We all need the human touch” sang mullet-toting soft rocker Rick Springfield back in 1983, fearing a dystopian future in the year 2016. While last year didn’t bring us to that traumatic point, we ARE truly embedded in a digital economyand interacting with smart technology that is becoming increasingly humanised every day.

This ‘humanised automation’ is quickly becoming an accepted part of our daily lives. Just look at Siri, Alexa and Cortana, who are constantly deepening their ability to respond to and even anticipate our requests, says Paul Pluschkell, Kandy co-founder and EVP, Strategy and Cloud Services, GENBAND.

Our goal at Kandy is to make this human touch more accessible and easy to embed, laying the groundwork for making apps and digital interactions more human. We are firmly and proudly at the forefront of the marriage of human and machine communications to make life easier and better. Just over two years in, we see four main areas where adding the human connection to real time communications capabilities will play a significant role in shaping the communications industry.

Voice is quickly becoming the new remote control for life. For some time now, the received wisdom has been that voice is dead. Millennials don’t talk on the phone, texting and messaging are the only way to connect and leaving a voicemail is just bad form. But we were convinced otherwise.

Voice is faster than typing, carries nuances that the written word doesn’t, and is intuitive for all of us. It makes perfect business sense that voice communication should be adopted so readily into AI, bots and next generation cognitive technologies.

And in fact the voice is now being leveraged in innovative new ways, with the voice and speech recognition market expected to grow from USD $3.73 billion in 2015 to reach USD 9.97 billion by 2020 according to research firm Markets and Markets.

Bots already help create a more personalised content experience for end users, and as AI and cognitive technologies mature, they will be further integrated and provide faster, more efficient delivery of both personalised and informative content.

Our Kandy communications platform provides the conduit for bots to communicate with, and escalate to, human interaction seamlessly on any device, enabling carriers and developers to embed this critical functionality into their applications. Who would have thought that you could monitor your pizza delivery in real time

We expect to see major progress in terms of the ability to solve problems and create superior user experiences by seamlessly integrating business processes and communications between knowledge workers, AI and bots. Without the human element, you are left with just big data and ‘things’ that have intrinsic value but lack context. The real value comes when you leverage this data and embed the human touch via real time communications. Verticals as varied as health care, retail, banking, security and more suddenly have access to messages that are delivered in a timely fashion, understood, and/or correctly and efficiently acted upon. A human voice or video during a traumatic experience would be more calming than a siren or a simple notification.

Unified Communications are now woven into the fabric of the enterprise environment, with employees increasingly utilising these tools to gain instant access to their content, co-workers, and customers. The next step will be to introduce cognitive technology solutions like IBM’s Watson to the mix.

Interacting with cognitive technology enables the UC solution to analyse and interpret, provide personalised recommendations , grow, and engage in dialog with a range of applications, making these environments more valuable and responsive.

We fully expect all of these areas, and others that haven’t even been thought of yet, to grow and develop significantly in 2017 and beyond. These disruptive new technologies will allow entrepreneurs to create new solutions where machines and humans interact intuitively, while also opening the door for larger enterprises to turn their advantages (large customer bases, available capital) to introduce premium services at scale.

These premium solutions can include super-intuitive physical interaction with hardware devices using voice and gesture control, perhaps intermediated by intelligent bots able to contextualise interactions to do even a better job getting things done.

In 2017, it’s hats off to the makers, the hackers, the inventors, the developers, the dreamers and the doers who understand that, at the intersection of connected things and humans, technology can lead to a better, more productive digital economy. Singularity is coming.

The author of this blog is Paul Pluschkell, Kandy co-founder and EVP, Strategy and Cloud Services, GENBAND