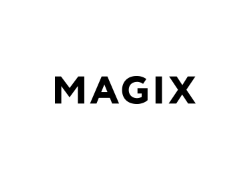 MAGIX Software GmbH is investing in virtual reality (VR). The software producer has apparently “significantly expanded” its VR sector and is announcing the launch of a VR Suite in spring 2018.

MAGIX has been working in collaboration with Intel (Alloy) and Microsoft (HoloLens) on VR projects for some time. The company recently acquired Dresden software firm,simplitec GmbH to tap into the virtual reality market. The simplitec team is now said to be fully focused on VR development under MAGIX management.

According to Digi-Capital, the VR video market will grow to over US$6 billion by 2020. With more than 2.5 million professional customers and software products VEGAS Pro and Video Pro X, MAGIX has access to a broad targeted group with a high level of interest in virtual reality.

The VR Suite will contain the new “MAGIX VR Maker” as well as MAGIX video software. It will enable users to independently create VR applications for Web VR and VR mobile apps based on 360° photo and video material. With this new suite, MAGIX will bring a powerful, complete solution to the market enabling users to create and share new visual worlds.