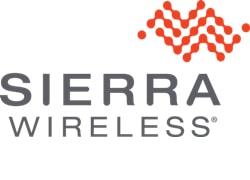 The Canada-based provider of integrated device-to-cloud solutions for the Internet of Things (IoT) has worked on this development with companies including ARM, Bosch Sensortec, MediaTek, Orange, Qualcomm Technologies, Inc. and Talon Communications.

Smaller than a credit card, it includes all of the building blocks needed to prototype and test ideas in days instead of months, with minimal investment. mangOH Red designs can then be modified and repurposed for mass production using its industrial-grade components and applications developed in the Legato™ open source Linux platform.

“For IoT commercialisation to truly take hold, bringing products to market needs to be much faster and easier,” said Philippe Guillemette, chief technology officer, Sierra Wireless. “mangOH Red is based on feedback from the ecosystem and developer community, resulting in the most compact, feature-rich open source platform that can quickly turn concepts into prototypes and prototypes into products without the need for significant redesign.”

Sierra Wireless founded the mangOH open source hardware program in 2015 to make it easy for developers to prototype with any wired, wireless, or sensor technology based on their unique IoT use case.

“Companies developing IoT solutions have an almost overwhelming number of technologies and providers to evaluate,” said Sam Lucero, senior principal analyst, M2M and IoT for IHS Markit. “The mangOH platform aims to simplify this complexity by including elements in an open ecosystem that are needed to efficiently develop and test IoT solutions across many use cases.”

“The Legato / mangOH forum has been a fantastic resource allowing interaction with other developers and engineers who are intimately involved in the project. The learning curve is exceptionally short. I would highly recommend this platform for use in commercial projects. It is not a platform for a novice, as could be said of the Pi/Arduino, but those with intermediate electronic and programming skills will be able to rapidly develop an IoT device”, says Siska Burger, general manager, Comb Communications.

“With 4G modules, low power capabilities and small form factor, mangOH Red is a very exciting platform to help us develop self-driving automobile applications for the H2020 EU funded project AUTOPILOT, aiming at bringing Autonomous Driving to a new dimension with the Internet of Things. The flexibility of the open hardware platform provides a very powerful tool as we develop and test use cases for the AUTOPILOT project. AUTOPILOT has received funding from the European Union’s H2020 Framework Programme under the grant agreement no 731993”, says Alexandre Petrescu, research engineer, H2020 AUTOPILOT Project.

“The flexible and intuitive mangOH platform allowed M2MD Technologies to move through technical design to a working prototype in record time. As a result of the tools and flexibility of the mangOH platform, we now have fully operational automotive applications that we are demonstrating in the marketplace. We look forward to the mangOH Red’s low-power, production-ready capabilities to further that effort. I have the mangOH Reds in hand and they are exactly what I need”, says Chuck Link, president and CTO, M2MD Technologies, Inc.