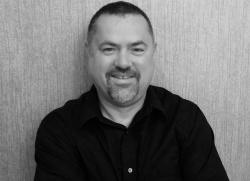 Advances in communications and smart workplace technologies, combined with emerging lifestyle trends, point to a future workforce that is more mobile, more productive, and more capable than ever before.

We were curious, says Gary Radburn, director, Virtual and Augmented Reality at Dell, to learn more about how the workplace is transforming, which is why, we conducted our Future Workforce study.

It taught us that today’s employees are generally happy in their jobs, but as communications and productivity technology advances, they are becoming increasingly dissatisfied with their workplaces’ capabilities.

Though they still rely on analogue equipment like landlines and desktops, they’re ready for a workplace that can accommodate their changing lifestyles. And of all the technologies set to transform the way in which we work, virtual and augmented reality emerged as a clear front runner.

While still someway off mainstream adoption at work, it is clear that both AR and VR are already playing a pivotal role in helping organisations to attract and retain top industry talent. More than 80% of millennials say workplace tech has an influence when deciding to take a job, while 42% say they are willing to quit their job if office technologies are not up to their standard.

This isn’t just technological innovation for the sake of it, for millennials, there is a particular emphasis on functional benefits that are linked to productivity, with 63% of millennials indicating they would rather have high tech perks, such as augmented/virtual reality (AR/VR) and Internet of Things (IoT) than low-tech perks like ping pong, free food, and so on.

Our survey also taught us that cutting edge technologies including virtual and augmented reality and artificial intelligence are already starting to change the way in which we work. Millennials are the keenest for this convergence, but interestingly it isn’t just the younger workforce who are looking forward to the introduction of these technologies into their working lives.

Two thirds (66%) of the global population would be willing to use AR/VR products in their professional lives, while 46% believe the technologies will improve productivity within their individual roles.

Perhaps the most exciting thing about virtual reality is that there really is no cap on the creative ways that organisations across every industry can use it.

From oil and gas, media and entertainment, construction, engineering and manufacturing to healthcare, VR is set to to digitise businesses to improve customer experiences, train employees, enhance collaboration, and improve product design, speed time to market. Here are some of my favourite ways businesses are using it today:

The VR market is primed for widespread adoption, with 216 million active users and $45 billion hardware market expected by 2025. The VR journey may only just be beginning its expected trajectory, and these early use case examples suggest it is going to be an exhilarating ride: one that we are excited to watch unfold.

Gary Radburn manages the team charged with developing and delivering VR/AR technology, works closely with Dell customers on VR/AR deployments and founded Dell’s VR Centres of Excellence with locations around the world for businesses and consumers to experience and learn more about VR in the real world. 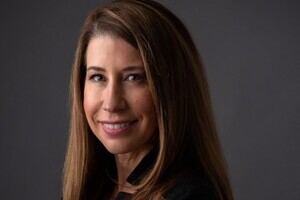