The LoRa Alliance™, the global association of companies backing the LoRaWAN™ standard for low-power wide-area IoT (Internet of Things) networks (LPWANs), announced that it has achieved a new milestone, surpassing 500 ecosystem members in just over two years.

Those members, along with their partners and customers, are rapidly deploying the LoRaWAN protocol, with 42 publicly announced operators—a 3.5x increase in one year—and over 250 ongoing trials and city deployments.

“The LoRaWAN protocol is being adopted so quickly because it provides an open standard with 10+ years of node battery operation, a range of 10+ kilometers and an average node bill of materials of less than $10, providing a wide-area alternative to the high cost, complexity and overhead of other network implementations,” said Geoff Mulligan, chairman of the LoRa Alliance. 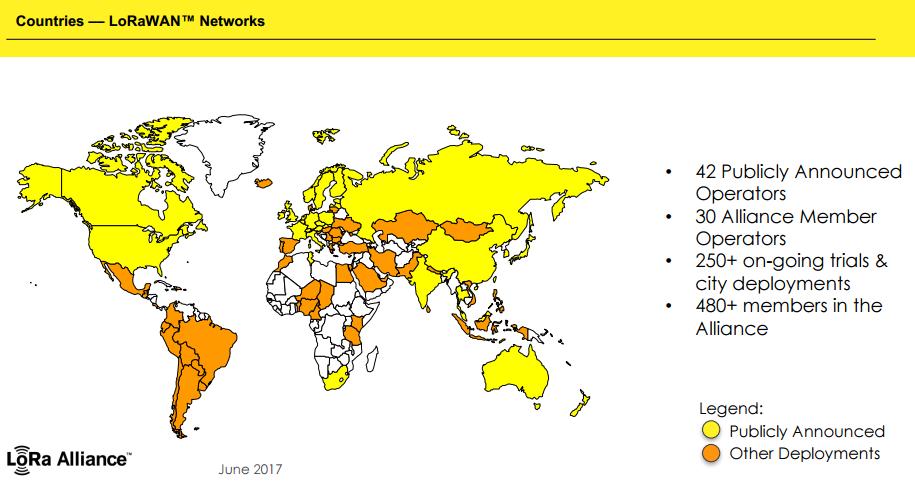 “We continue to build on these advantages by actively working to extend the global reach of our IoT ecosystem, and by quickly responding to market changes to increase network capabilities.”

As an example of these efforts, the LoRa Alliance just released the latest update to its regional parameters for LoRaWAN 1.0.2 revB.

Some of the many improvements include: