Home › IoT News › Companies › Operators are still wrestling with service differentiation and asking ‘Who will make the money in IoT?’ 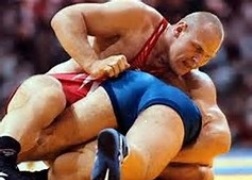 One of the problems with the Internet of Things (IoT), says Robin Kent, director of Adax, is that not all network operators have figured out how to make money from it. Jeremy Cowan, editorial director of IoT Now listens again to a voice of experience.

It’s a year since we’ve met and Robin has seen a change from the initial, proprietary-based Internet of Things (IoT) offerings from communication service providers (CSPs) to more open offerings. As part of their network transformations operators are looking at IoT and how it impacts their core network and interfaces.

As regular readers of IoT Now know, we are constantly talking about the digitisation of telecom networks. Telcos seem to fall into one of two categories. There are those that have said, “Okay, we understand that we need to embrace digitisation but it’s expensive and challenging because it means reorganising the business process as well and we need to take steps, slowly.” So, perhaps they will opt to digitise one service at a time.

Then there are those who decide to wait and see how digital transformation pans out, and see who makes what mistakes. These telcos are sitting back and letting the minority enjoy whatever first mover advantage there is, on the basis that the pioneers get the arrows and the settlers get the land.

I ask Robin if we’re alone in finding this?

“I don’t think you are alone,” he says. “There’s two things that we see from the operators indirectly via our customers, with the likes of Nokia. More and more, operators are looking at how they can differentiate themselves and the services they offer.”

They are asking themselves, he says, if IoT is something that a tier one operator should be integrating into its services, or should it really be down to the MVNO? “So I think they have a problem there in terms of, do they go and eat their potential customers’ lunch by attacking the MVNOs,” he muses, “or do they understand, as a tier one operator, where the advantages lie?”

There are still have a large number of IoT networks which, for all intents and purposes, are proprietary. The goal, he says, especially for the larger operators is about how they can integrate IoT networks into their standard offering. “It’s both an architectural challenge, in terms of how they architect the network to deal with that and it’s a service challenge in how they get some value from it.”

So, IoT Now asks, will the market evolve to a degree where IoT almost becomes ubiquitous and therefore those connected devices should all be integrated into their standard offering or core network?

Since the architecture will be defined by the business, what does Adax think, first off, is the business decision in most cases?

“The business decision I see more and more from the operators, whether it’s IoT-related or whatever, is about how can they differentiate the service,” Robin replies. “They all need to find different ways of making some money because the days of an operator just because they’re a mobile operator, whether it’s Vodafone or O2 or whatever, just because they’ve got x million subscribers they will be profitable, is no longer the case.

“I’m actually coming out in sympathy with operators for the money that they made in the past!” says Robin Kent with an ironic smille. “But I do think that as an operator these days, it is very difficult from a business model point of view to understand how to make real money, which you can then reinvest in your architecture, within your network and your services to make more money.”

“On the one hand they’re being squeezed tightly by the EU and others in bringing down their previous cash cows like roaming rates. (Also see: Will it be bye-bye bill shock as EU roaming ends?) And on the other, you look at what you pay for your phone contract now compared to what you were paying 10 years ago. You’re probably paying less. Or you’re getting a great deal more for the same money.”

Obviously, in the IoT space, the average revenues per user (ARPUs) are so low per device that there has to be a different approach anyway, so it’s not the same billing model, it’s not the same business model. Services can’t be charged on a per-SIM basis. Does Kent find that most operators are already looking at finding ways of billing for value?

Who makes the money in smart metering?

Just take a simple example like British Gas (the incumbent UK gas and electricity utility) and their smart meter business, says Robin. “Who actually makes revenue from smart meters? There’s the straightforward direct revenue from having a smart meter, there’s the benefit to the customer like you and I because the bills are read regularly and they can spot differences in those bills. You don’t get estimated bills any more but in terms of actual revenue generation from that smart meter, is it the data that’s coming from the smart meter that generates the revenue? Or, is it the fact that you’ve got a different way of getting towards that subscriber that would potentially generate the revenue?”

Isn’t that’s part of the long game for the utilities, we asked? Revenue is there but maybe some way down the road. Do they have to look at smart metering as a benefit to themselves for accurate billing and reduced truck rolls?”

He agrees it should it be viewed as better, more accurate billing but also a benefit to utility customers in that they can have greater control of their account.

Presumably, that’s not sufficient return for the investment in smart meters. IoT Now suggests that the utilities have to look at a longer gain and a greater revenue stream, from a multi-service Nest or equivalent.

Robin Kent continues the theme. “Yes, and as an operator, how do you then try and take a piece of what is a very large but very thin pie?

Can operators, therefore, look at this cost as a loss leader for now – in the same way that the utility does – but tie the utility to a long contract so that they both benefit over the next 10 years?

“I think that’s where the struggle is,” says Kent. “How do they do that and how do they understand that is the long game? In my view, the problem is that the operators don’t understand how they can actually monetise this at the moment.”

If they’re going to go for the long view, he believes they have to understand where that monetisation can come from, otherwise you make a decision now whether it be architecturally or whether it be service-wise, that actually precludes you from making money.

“If you get it wrong, it precludes you from making money further down the line. If they sign a contract, for example, to deliver the data from, say British Gassmart meters, if an operator signs a contract now at n pence of a message for each piece of data that they get but then they find in five years’ time there is no other way of being able to monetise that and they’re tied into this contract, that they can’t actually make some money out of it. How do they then change it?

So, we suggested, telcos are at the mercy of the ability (or inability) of the utility to do what utilities have not historically done well and find new business models to generate new revenue streams.

“I was having an interesting discussion the other night with a guy who’s the ex-business development director at a tier one mobile operator and he was responsible for going round and buying up all of the companies that this MNO bought. He said the reason for that and the reason that they paid him, in his words, ‘Stupid amounts of money to do it,’ was because that was essentially their business growth model. Rather than developing new services themselves, it was to try and buy associated businesses.”

“So the operator was turning an ecosystem into subsidiaries?”

Of course, it’s not that unusual as a business model but it is a bit lopsided, it doesn’t allow for any organic growth, it doesn’t encourage (that awful word) intrapreneurship.

The problem with IoT at the moment

“Yes, or save sufficient that it hits the bottom line?” suggests IoT Now.

Does Robin Kent think that telcos and the application service providers are currently looking more at improving the bottom line or generating entirely new revenues? Which is the most common?

“From an operator point of view,” Robin replies, “I think, almost certainly, at the moment it’s about improving the bottom line.”