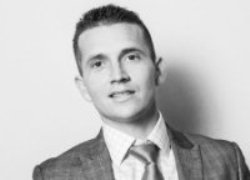 When the first mobile SIM was revealed 1991, it was the size of a credit card. Obviously phones were bigger then. Much bigger.

All the same, says Jon Campbell, director of messaging and IoT EMEA at cloud communications provider, CLX the subscriber identity module was a welcome innovation. People were starting to upgrade their handsets for the first time, and they wanted to take their mobile numbers with them when they did.

The SIM stored all the information needed to authenticate the user and to connect to the network. And it was removable too. It solved the problem.

In the 26 years since then, the SIM has evolved. It has shrunk to the size of a fingernail. But essentially, the SIM still does the same job.

Now, though, a big change is imminent. And it’s all because of machines.

Any visitor to this year’s Mobile World Congress in Barcelona would know that the most dynamic developments in mobile are not in phones, but in networks. More specifically, the Internet of Things.

Companies in many verticals – from healthcare to finance to farming to automotive – are investing heavily in IoT. They want to turn previously dumb machines, like meters and wearables and cars, into smart ones that can transmit data to improve efficiency, reduce maintenance costs and more.

And they’re looking to mobile networks to help them do it. But not with the traditional SIM.

The ‘fingernail of plastic’ tethered to one mobile network is clearly unsuitable for devices that could end up anywhere in the world.

Take cars. Imagine a manufacturer wants to switch network connections because its fleet has been exported. Can it really be expected to open up thousands of dashboards, locate the SIMs, lift up the trays and replace them?

There has to be a better way. And there is. In October 2013, the operators’ trade body GSMA revealed a new kind of SIM, one that could be soldered in place and then programmed to connect a chosen carrier remotely. This is the embedded SIM – or eSIM for short.

They didn’t take this decision lightly. After all, a programmable SIM makes it easier for users to churn to a new provider.

But the market opportunity persuaded them. The 2016 Ericsson Mobility Report, for example, predicts that 16 billion of the 28 billion devices connected by 2021 will be IoT devices.

Operators want to ensure they are the ones connecting them.

After all, there are alternatives to cellular connectivity. Many IoT devices require short range connections, which transmit small amounts of data and consume little power. Here, manufacturers can choose short-range technologies, which use unlicensed spectrum. They include Wi-Fi, Bluetooth, ZigBee and NFC.

Alternatives to cellular for longer range low power connectivity exist, each with pros and cons. Many extol the benefits of lower transmission costs and power consumption, but drawbacks such as lack of standardisation, limited to no roaming capabilities and narrow choices of IoT endpoints mean the total cost of ownership can be far higher than a cellular based service.

Three newer LPWA technologies, NB-IoT, LTE-M and EC-GSM-IoT, have been approved (by standards body 3GPP) for use in licensed spectrum. Mobile operators are now adapting their cellular networks to support these technologies.

For wide-area connectivity where higher throughput is needed (such as streaming video to a passenger in a car), there is 3.5G or 4G. The benefits are obvious: standards-based, interoperable, widespread. And coming soon (around 2020) will be 5G networks that should be able to support billions of connected devices simultaneously.

5G should accelerate the IoT opportunity. But the market is already here. The question for mobile networks is how to exploit it. After all, can an enterprise really be expected to negotiate dozens of operator agreements across multiple geographies?

The obvious answer is to work with intermediaries that are used to dealing with networks on one side and enterprises on the other.

CLX’s traditional specialism is wholesale messaging. We power message delivery for enterprises that want to communicate with customers via text. To do this, we must work with hundreds of operators, run efficient platforms and understand the needs of companies in many different verticals.

It makes sense for us to now transfer that know-how into the IoT space. Which is why we offer our own flexible SIM. Users need only insert the card once, as the operator can be changed remotely at any time across multiple countries.

The author of this blog is Jon Campbell, director of messaging and IoT EMEA at cloud communications provider, CLX